I‘m realizing that I am going to have to lower my standards around here, if I ever want to post more than the weekly TWiP. For one thing, I have to be happy enough with photos taken in artificial lighting, since I’m not home during most of the daylight hours. And for another thing, I have to be ok with doing show-and-tell posts nearly two months after I’ve made the object, if that’s what it takes.

This “working full time” thing is an adjustment for sure. So many times this week, I’ve thought of things I need to do, and told myself I’d do them on Saturday. At this rate, Saturday had better be twice as long as it is supposed to be, because I’ll never get that oil change, hair cut, and what all else done otherwise!

I know Christmas is over. But if you like these mandalas, you can easily make them in other colors. In fact the small coaster styles are ones I’ve made several times before, so rather than repeat myself, you can go here or here for pattern details. The large one, though, is new:

Pattern: Flirty Fifties Mandala by Haafner Linnsen from the book Mandalas to Crochet

Modifications: I used heavier yarn (worsted weight) and an I hook.

Here’s another one (or two). I made these this month, using patterns from two new books I got for Christmas. I did the one on the left first, and wasn’t too enthusiastic about it. I few days later I tried again with the one on the right, and that was more like it ☺

This one is currently on my nightstand with these others. It may be overkill on that tabletop at this point, but it’s not bothering me yet. 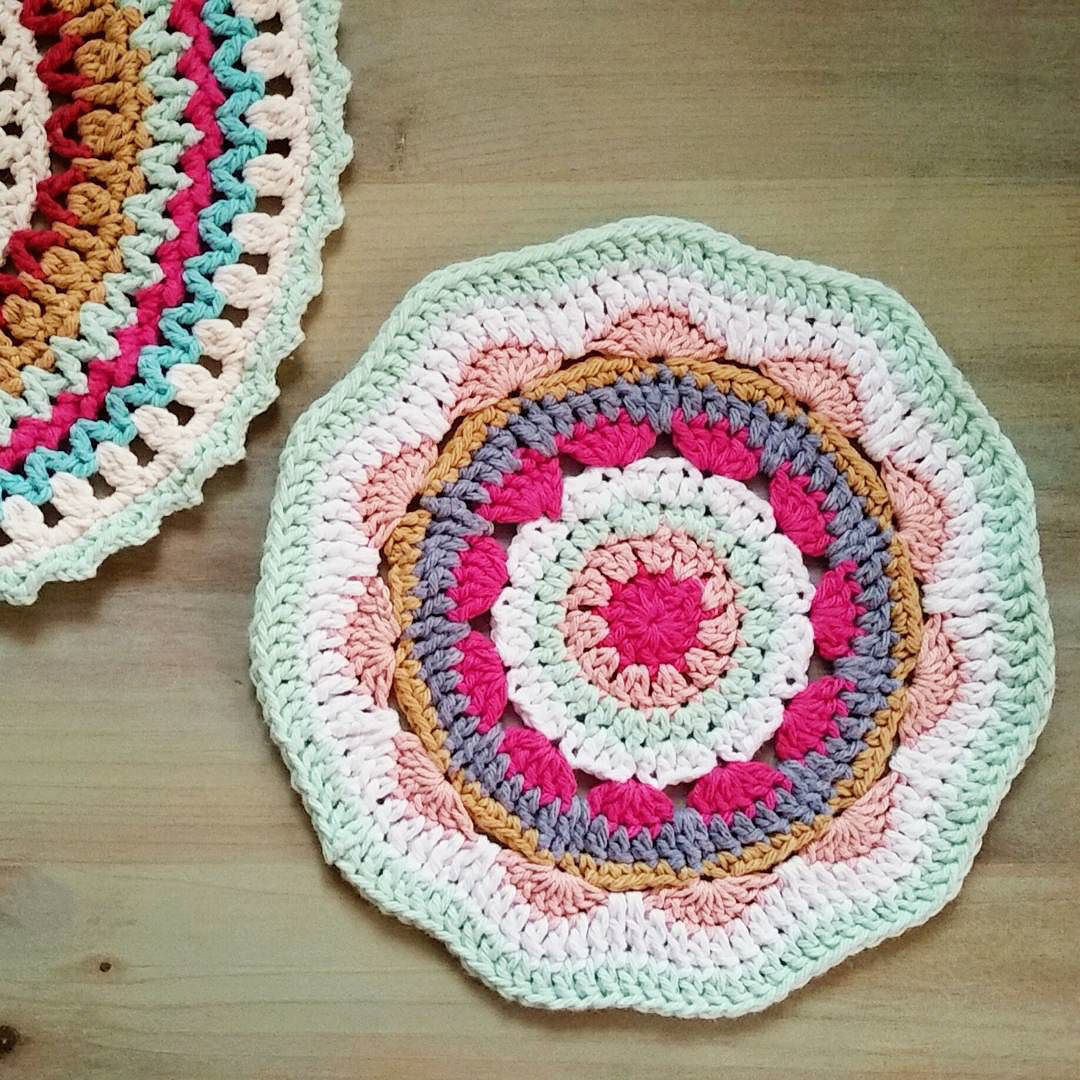 Modifications: I used heavier yarn (worsted weight) and an H hook. At least, I think it was an H. It was a while ago and I have no in-progress shots to check against 😉

6 thoughts on “Christmas Mandalas and more”