Sometimes my taste in clothing is surprisingly compatible with my essentially lazy sewing style.

I’ve been really into sleeveless tops lately, particularly ones that will be nice enough to wear to an office job at some point. LOFT and Van Huesen have some nice styles, and I’ve bought a handful of them when they’ve gone on sale. I’ve also picked up a few tops on eBay and at the thrift shop, and while getting a nice deal on a pretty shirt is fun, I like it even better when I can make it myself. 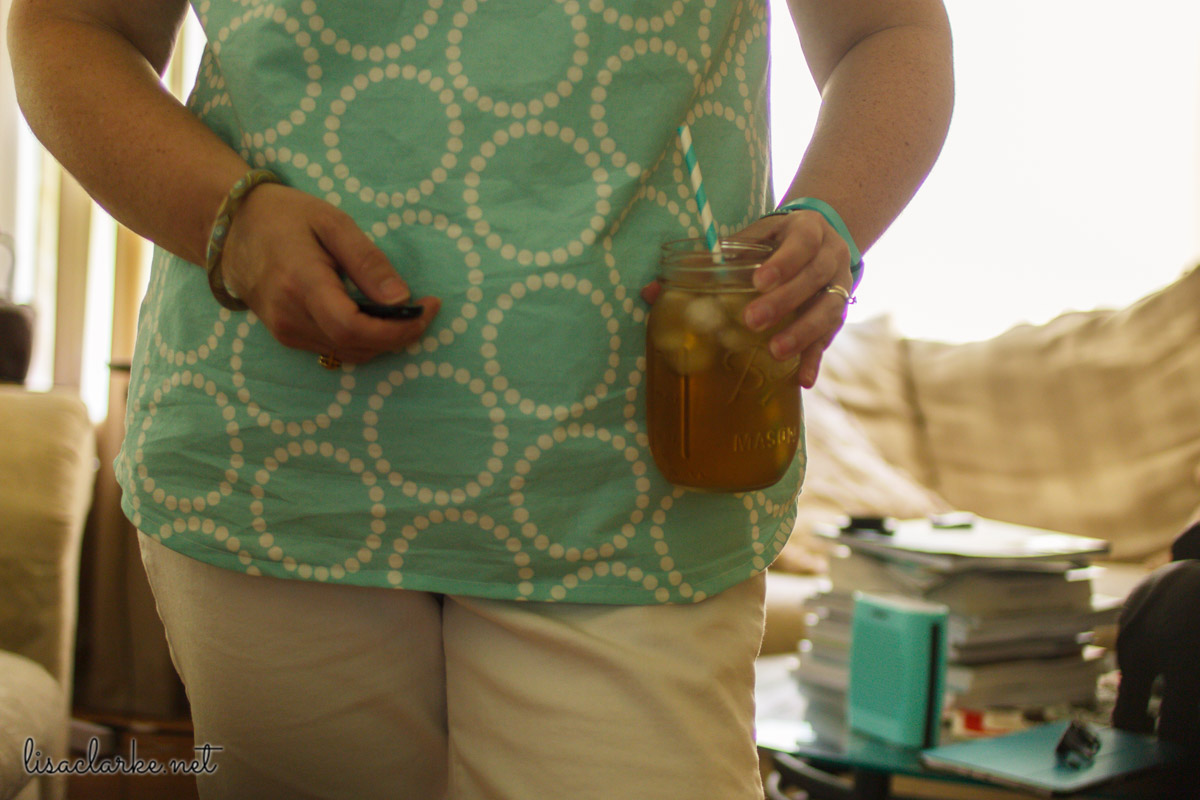 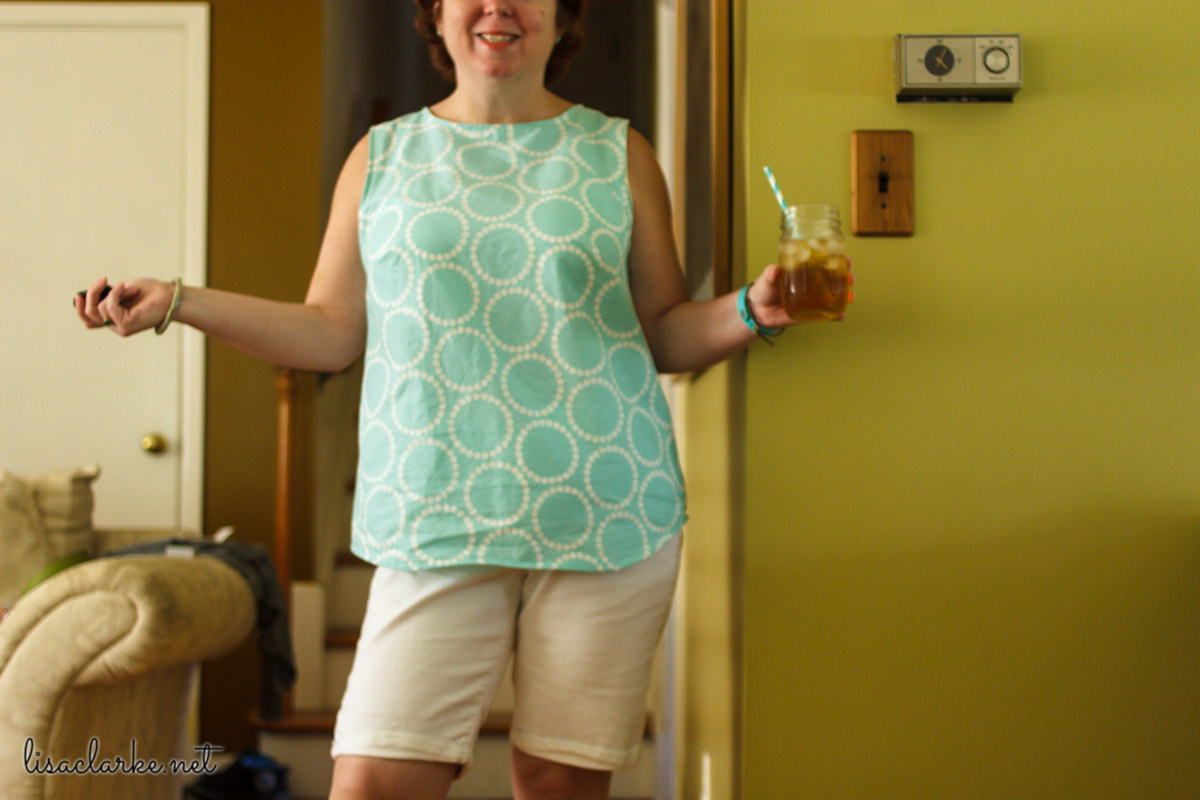 Allow me to introduce Buttonless Sleeveless Beatrix, based on the pattern by Made By Rae.

I am typically not at all adventurous when it comes to sewing. It takes me a long time to get around to trying new patterns, and once I’ve finally done it, I’ll sew half a dozen things from that same pattern, tweaking it along the way to make it fit me better: a full bust adjustment here, a hollow chest adjustment there, maybe an extra couple of inches in length, and an inch less in width. I find it much less intimidating to hack up a pattern that I’ve already tried, than it is to start a whole new one from scratch.

This is the second time I’ve hacked Beatrix. The first time was last October, when I eliminated the button band from the back and sewed the back in one single piece. I whipped out three versions then, each one better suited to my curves than the previous, as I made a series of tweaks to the shape. I have gotten a lot of wear out of those tops in the meantime, particularly the third (and best-fitting) one.

I’m essentially pretty lazy when it comes to sewing. If a garment is going to take me more than an hour to make, I’m not thrilled about it, and I will look for corners to cut. (I’ll be more careful when sewing for other people, but my own clothes? The quicker the better.) With Beatrix, the most effort-saving measures I could come up with involved eliminating the sleeves, and using a bias binding on the neck instead of the facing pattern pieces. 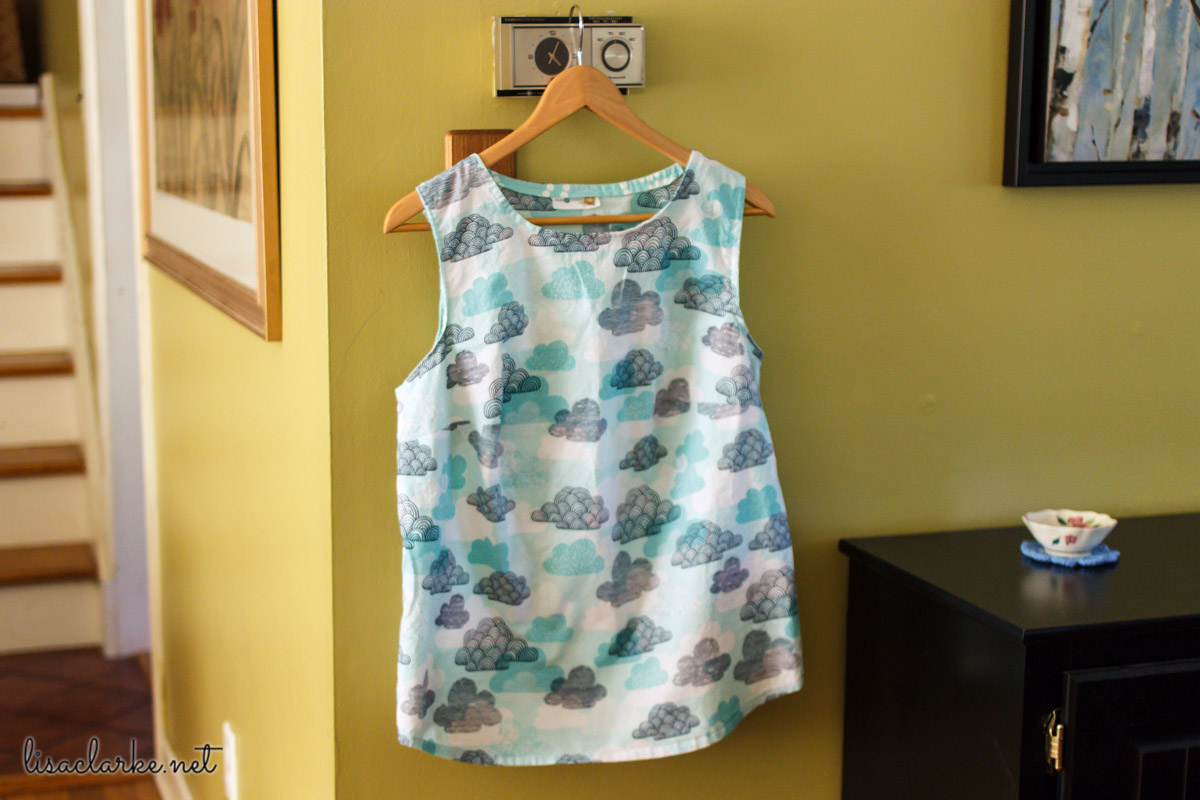 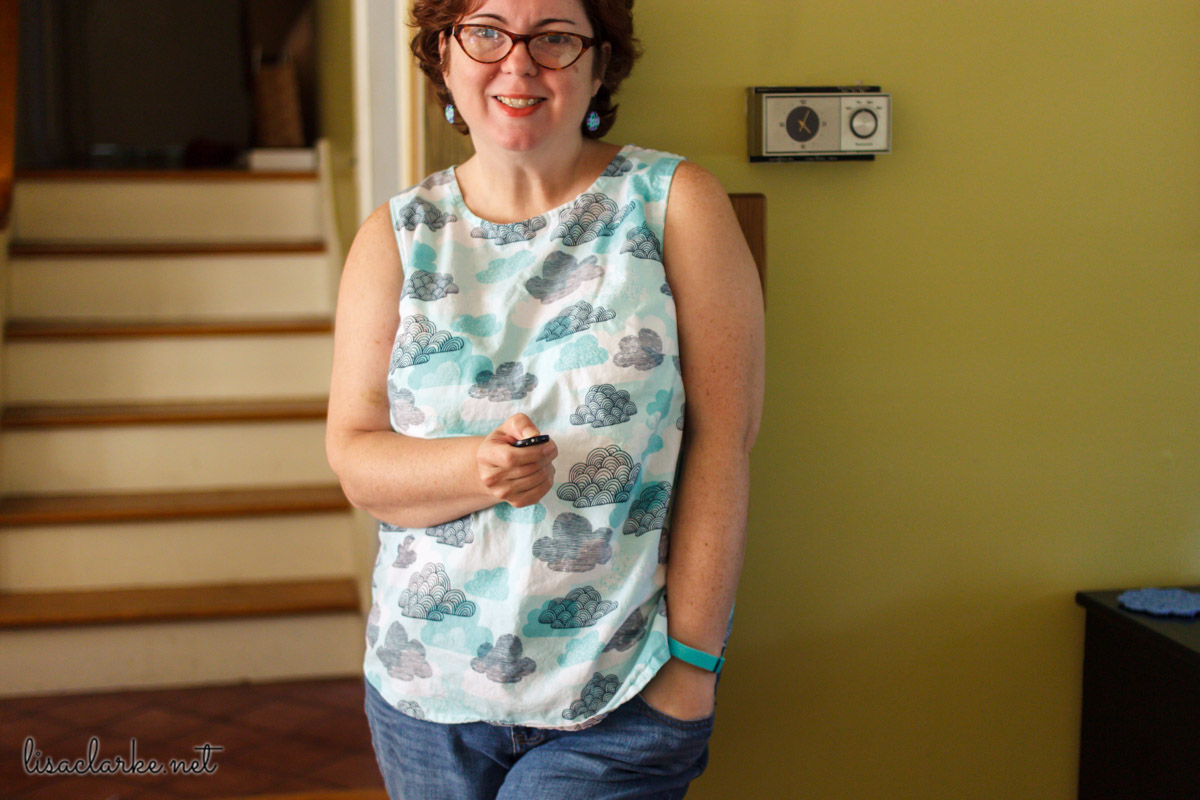 Luckily, doing so has left me with a shirt that is roughly the same shape as the tops I’ve been drawn to lately. Good news!

I will say, however, that the fussiness required to get bias binding to lay flat on the neck and sleeves, is probably only marginally less fussy than just adding the original sleeves and the facing. I don’t think I saved all that much effort.

I’m not entirely thrilled with the photos I took of them (I don’t think they’re particularly flattering), but I am definitely pleased with the blouses themselves. I’ve got at least one more hack in me, too – Reversible Beatrix! I’ll be back to show you that one when it’s done. 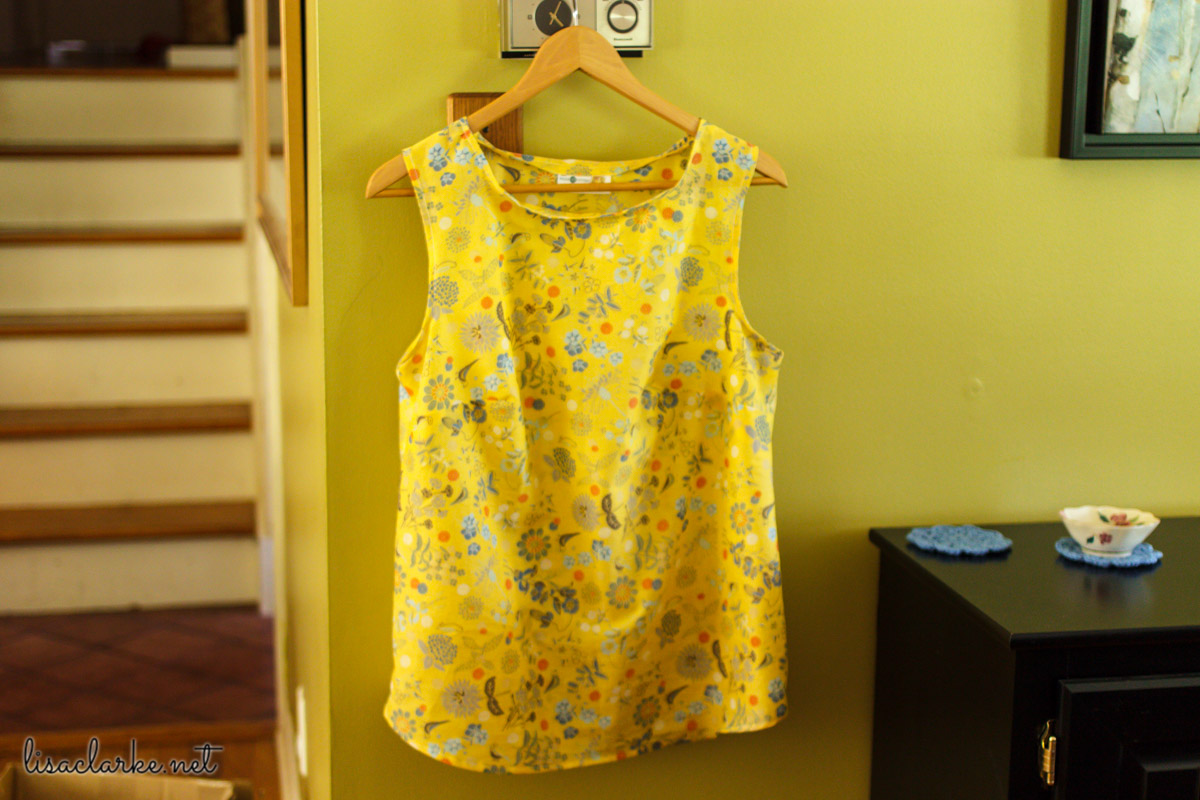 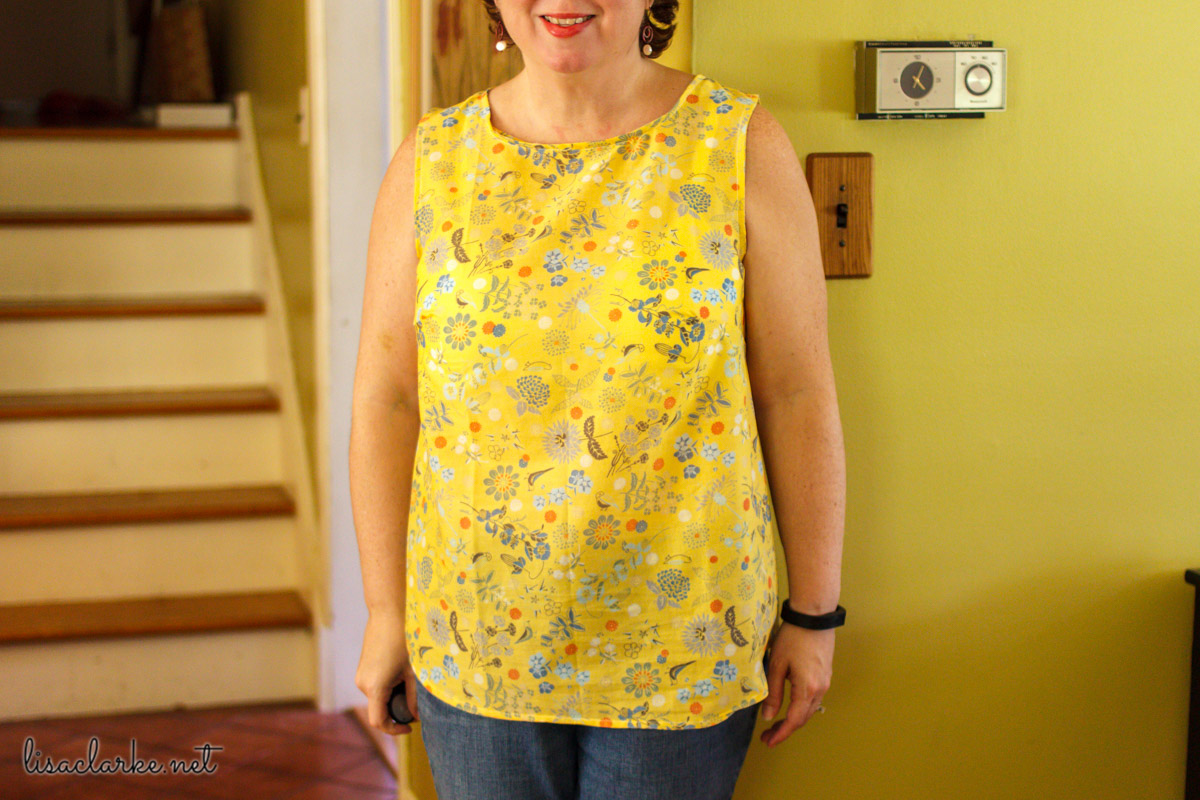 The fabrics I used (top to bottom) are: