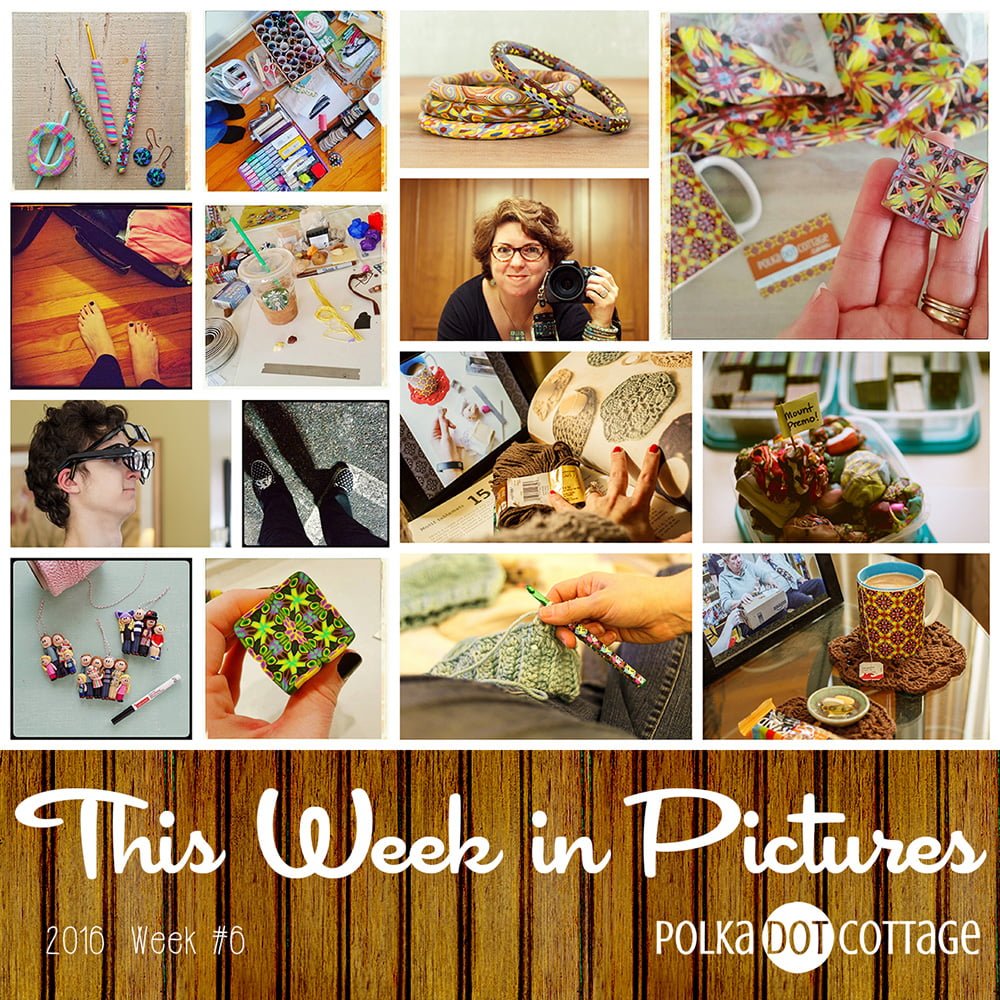 I’m in South Jersey this weekend, enjoying the company of 67 other polymer clay enthusiasts, and cranking out all kinds of pretties. That’s the plan, anyway. I’ve only been here for half a day so far. I’ve made 4 millefiori canes, and that’s a pretty good start, I think.

Since this weekend is for making things and not for writing things, I’m just going to step back and let the images do the rest of the heavy lifting on this post 🙂 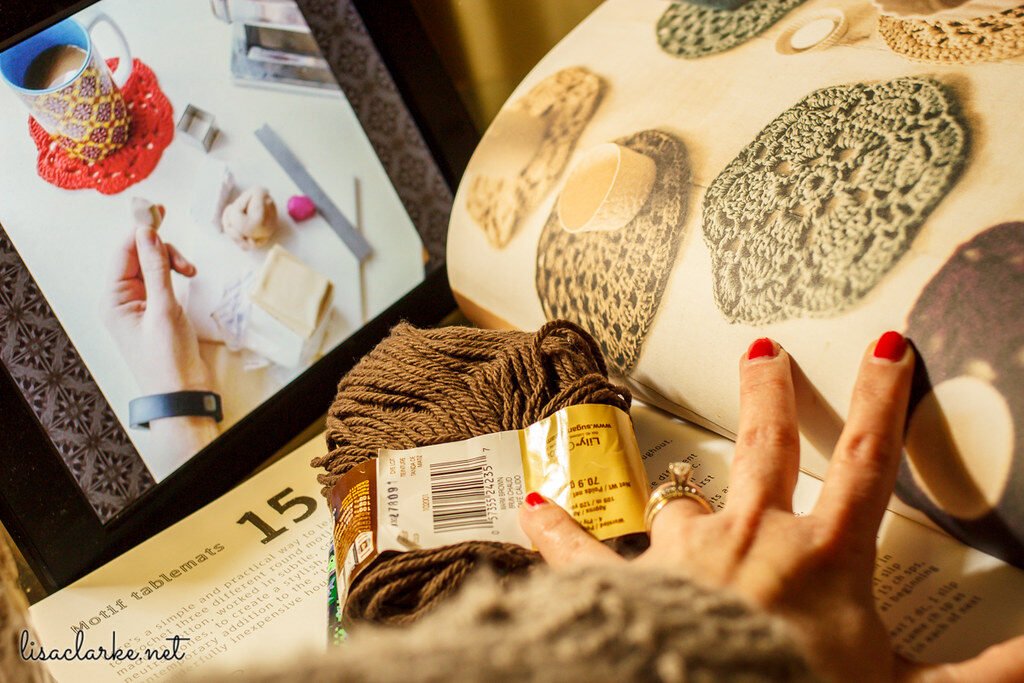 365: 2016 37/366 – When I decorated and undecorated for Christmas, I somehow misplaced the square coasters I made for my living room. I miss having something absorbant on the little table next to my favorite chair, so I’ve decided to whip up a few of these table toppers. I made some three years ago for the family room and I use them all of the time. The red one actually found its way to my clay table recently, as you can see by the picture on the frame. Tonight I’ll do one in brown, and maybe a few othes as my attention span dictates 🙂 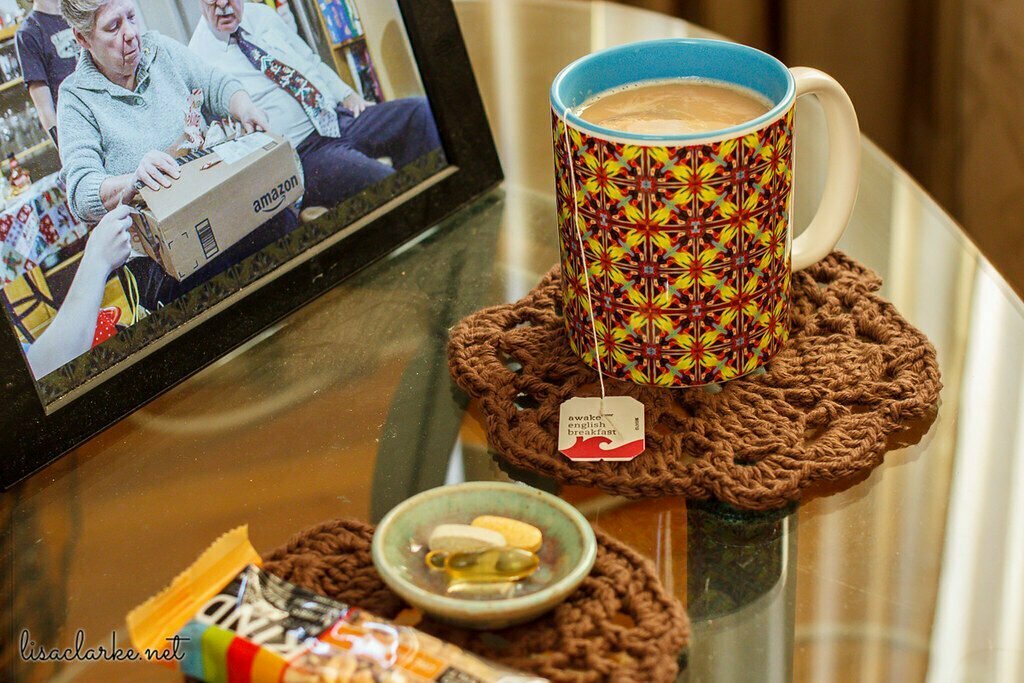 365: 2016 38/366 – I managed to crank out 4 table toppers before I lost interest last night: these two brown ones, a chartreuse one just like them, and a red one that’s more of a circle than a flower. I plan to keep these two in the living room on this corner table, and the others will probably go down to the family room to replace the few that have gone missing since I crocheted my first batch. 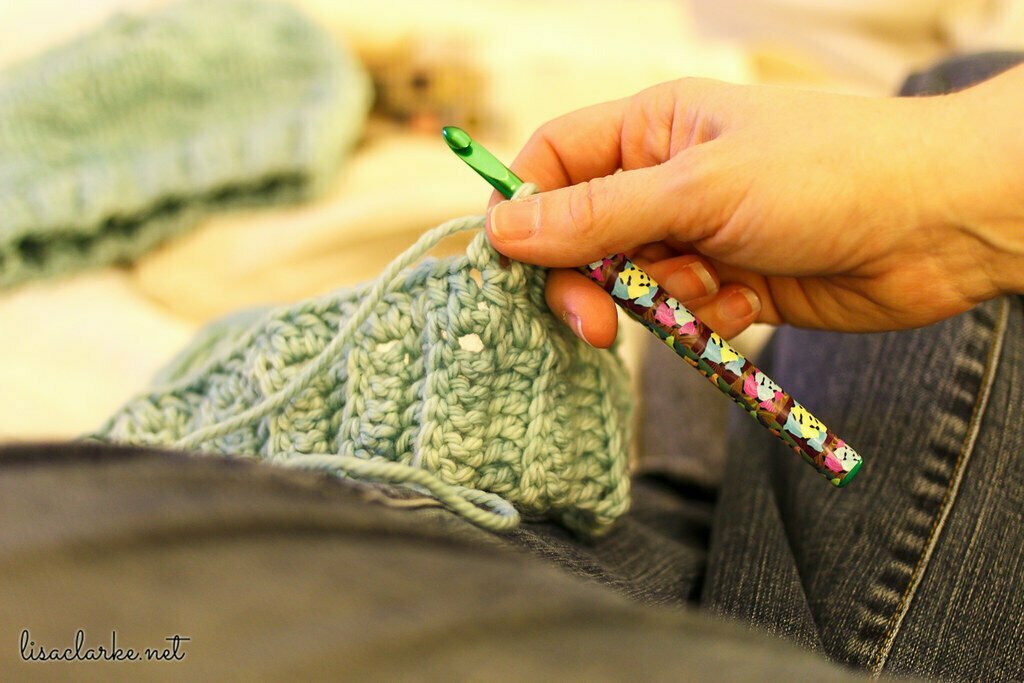 365: 2016 39/366 – Working on a crochet version of my knit Wintergreen hat (pattern coming soon!) – I’ll be honest, I don’t think the crochet version works all that well in this design. The cables are too subtle, and they end up looking like a pile of knots instead of an intentional design choice. 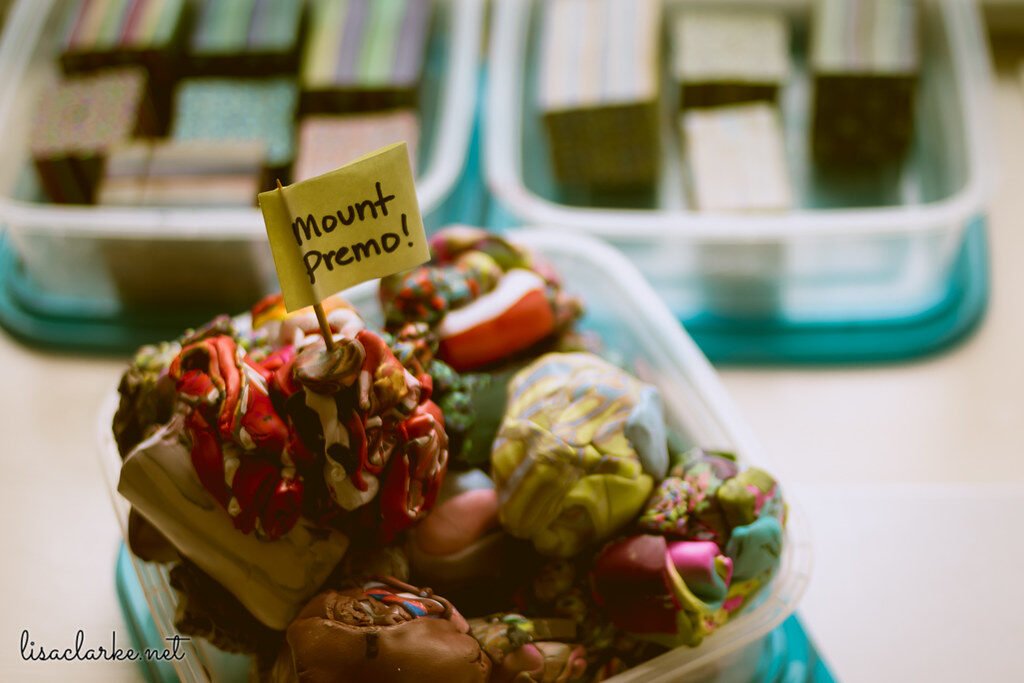 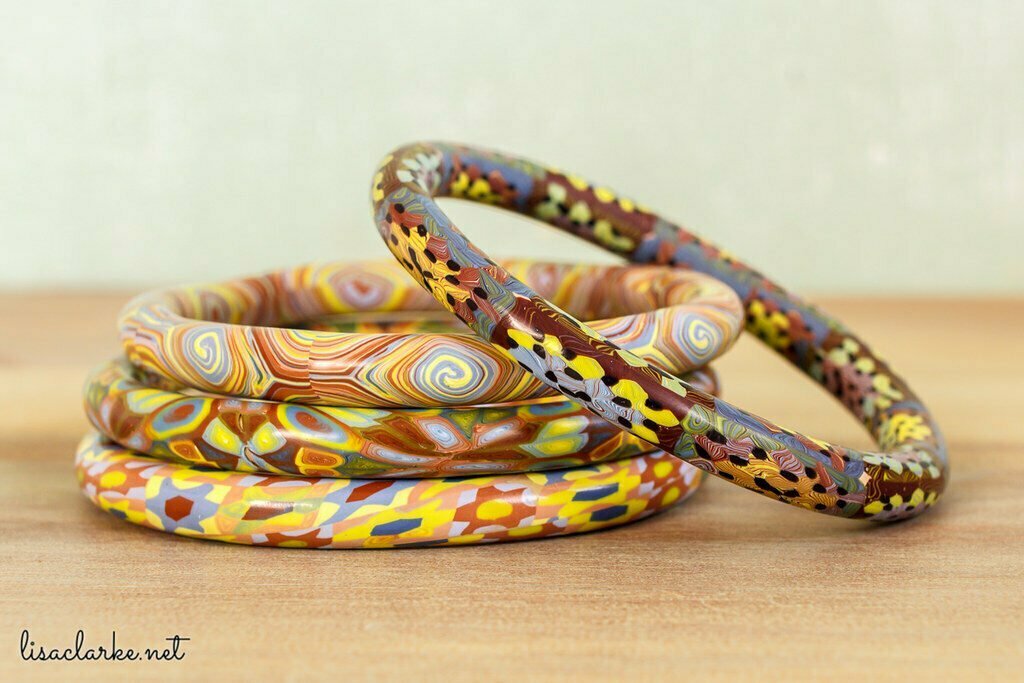 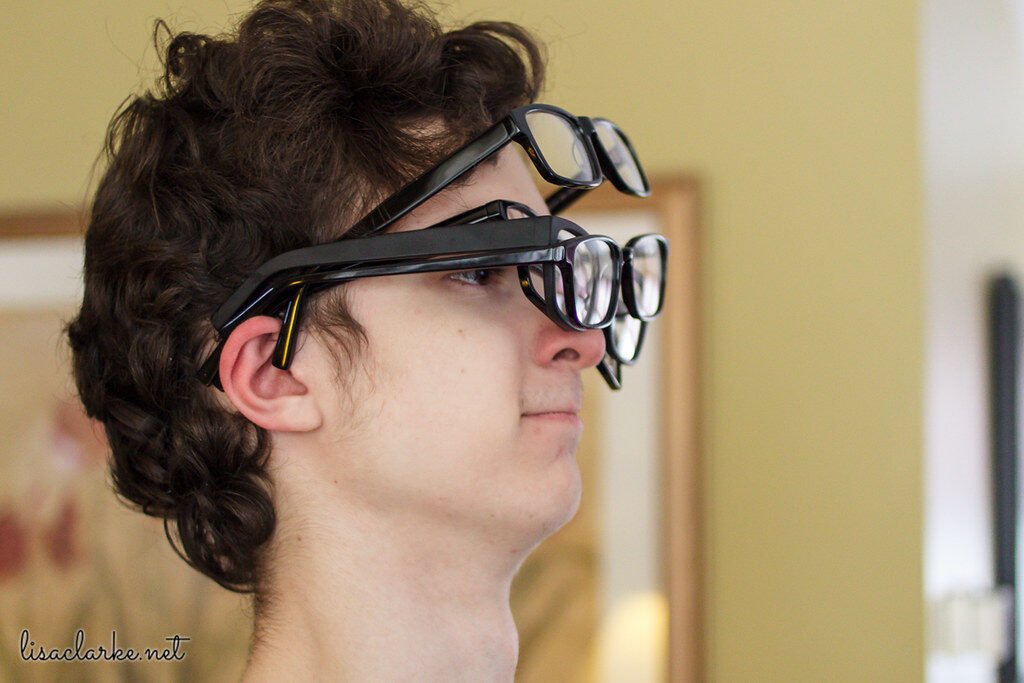 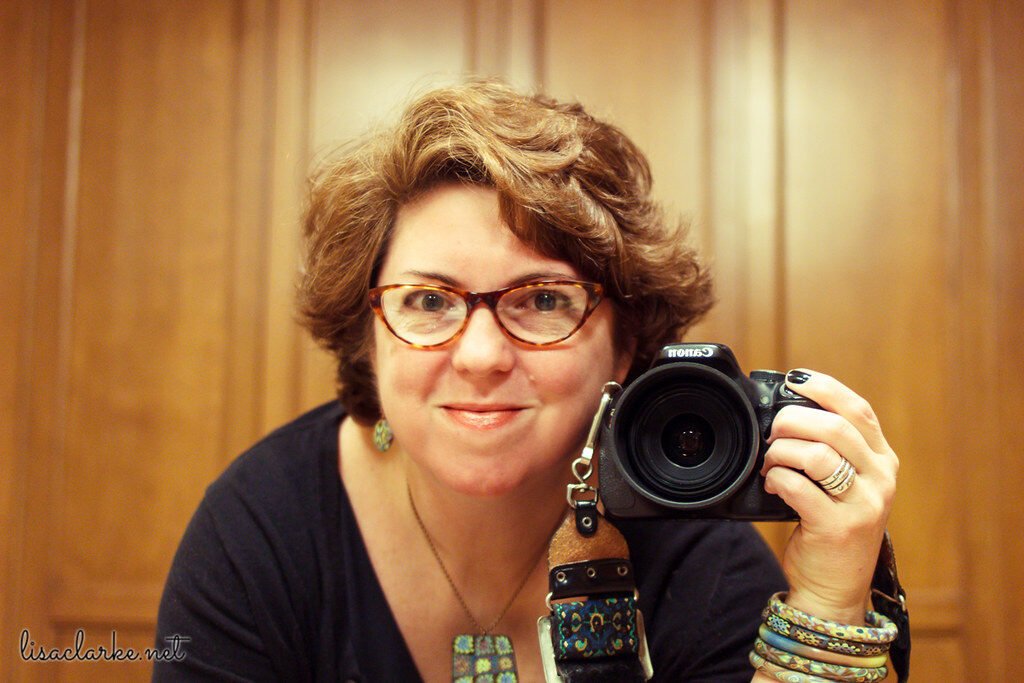 365: 2016 43/365 – I don’t usually wear more than one of my own pieces at a time, but when it’s a "Wear Your Art" party, well, that’s a whole different ball game. Earrings, necklace, bracelet, and one of the stackable rings: all Lisa Clarke originals. Now if only I had bothered to get everything in the shot in focus… 😉 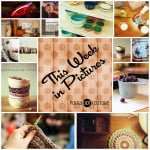 6 thoughts on “TWiP: Clay and Yarn”