I have been more than remiss in my showing and telling lately. I have knits from last fall that I have yet to share. I know, crazy, right? Let’s begin to rectify that right now.

First up is the sweater I knit for Neil. I’ll tell you, it’s a miracle this thing exists. You can go back on this blog for as long as I’ve been knitting, and find examples of me saying things akin to, “Neil is not interested in letting me knit him a sweater.” Well, thanks to the joy of blood thinners, the man is always cold now, and the idea of a big chunky sweater has begun to appeal to him.

I, of course, jumped on the first sign that he might be agreeable and ran with it before he could change his mind.

We never did have a proper photo shoot for this pullover, and I’m tired of waiting for a good day with plenty of daylight and plenty of enthusiasm for picture-taking. I’ve snapped him a few times wearing it in Real Life(TM) so let’s just go with that. 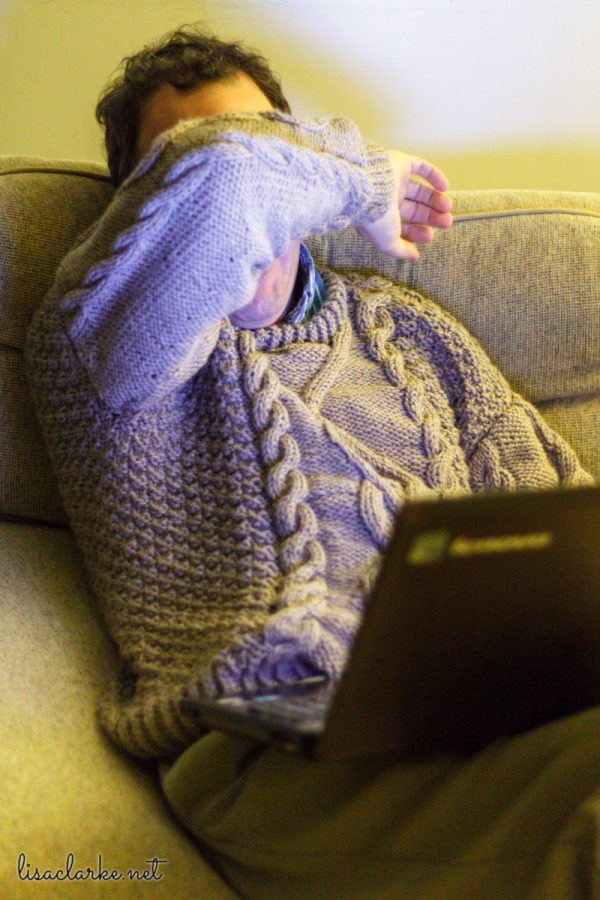 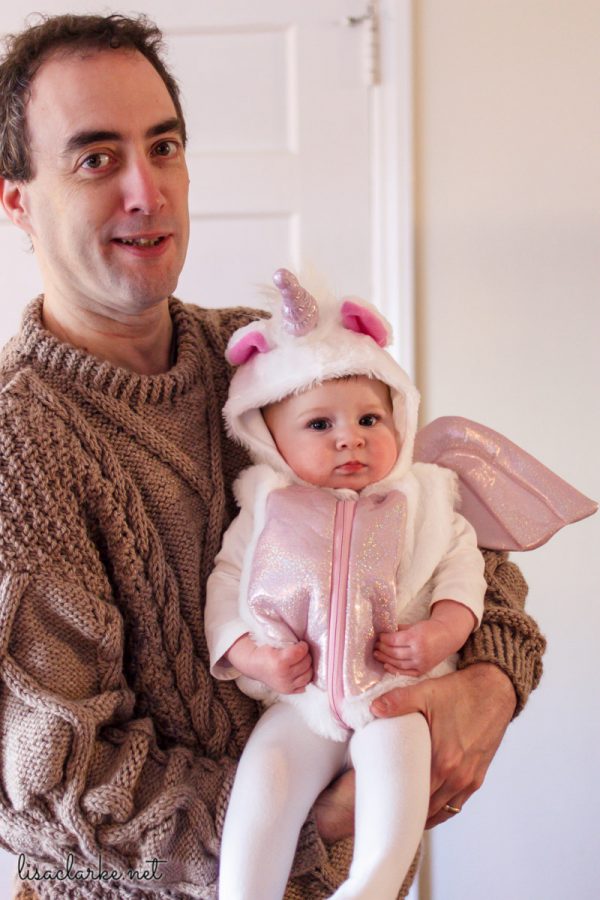 (Unicorn prop borrowed from my sister-in-law 😉)

Pattern: Wash’s Sweater, improvised by Don Yarman and others from a sweater worn on two episodes of Firefly by the character Wash.

Get all of the pattern, needle and yarn details on Ravelry.

I found the “Serenity Cable” that is featured on the front, back, and arms of this sweater to be kind of weird. I think if I were to knit this again, I’d substitute some other design, maybe one like I did on my Aidez.

Speaking of Aidez, it’s knit from the same yarn as this one. One day we wore them on the same day, a friend commented that we were cute and matchy, and now I’m not allowed to wear mine on the same day he wears his, LOL!

He may be amenable to wearing a handknit sweater nowadays, but he draws the line at being matchy. Heh.