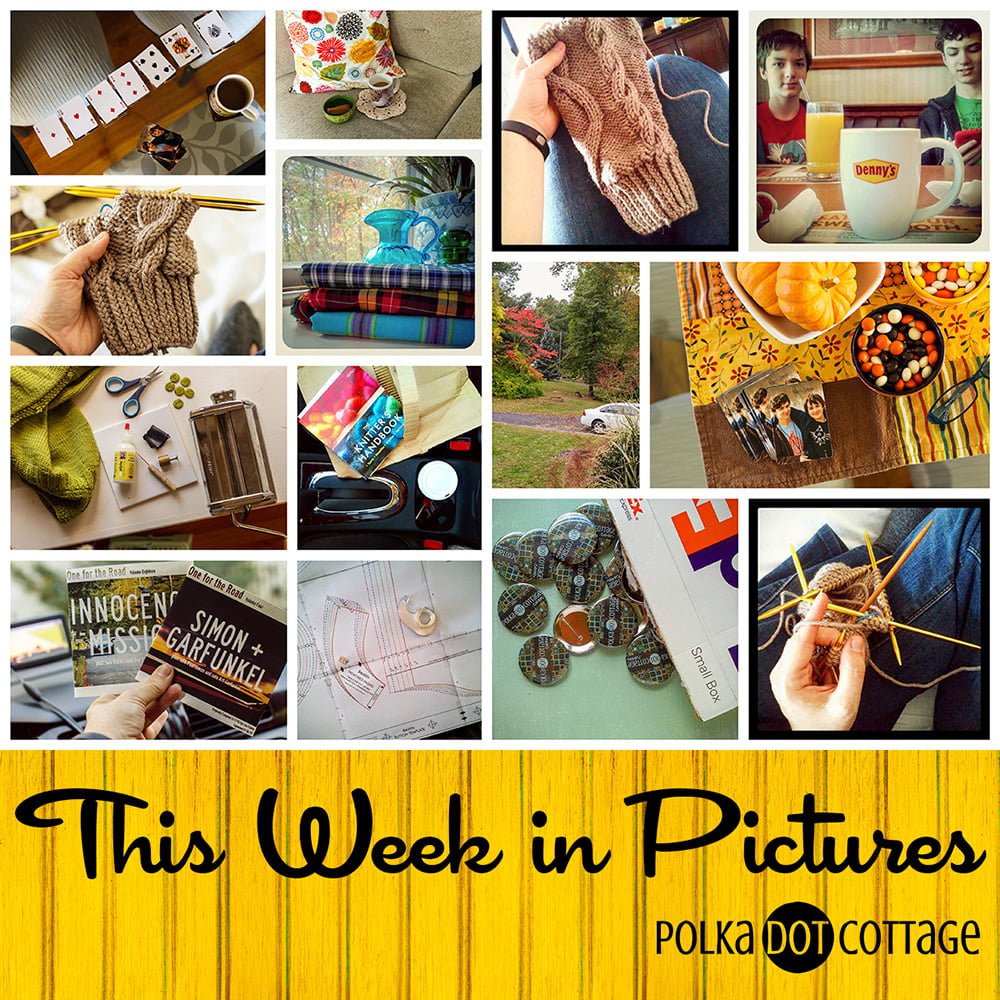 It’s that time of year again: Convention Season. During the months of October and November, we spend about half of our weekends traveling to one event or another. We began this week in Maryland while Neil attended Capclave. And now, I write to you from a hotel room in New Paltz, NY where Aidan and I are spending our nights this weekend. Half an hour away (or 40 minutes if you take the scenic route as we plan to do) is Rhinebeck. We’ll be there much of Saturday. If you are going to be there, too, and would like to meet up, check my Instagram hashtag #pdcsayhello. I’ll be taking a bathroom selfie before we hit the road, so you know what I’m wearing and can be on the lookout for me 🙂 Don’t forget, if you stop me to say hello, I will give you a Polka Dot Cottage button and a coupon! 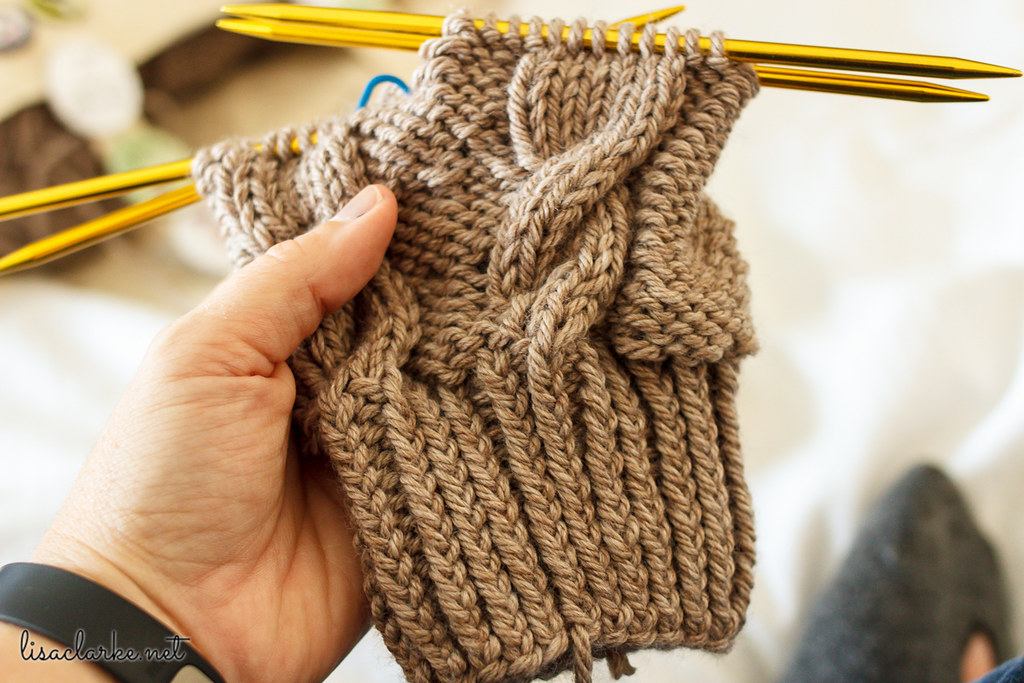 365: 2015 283/365 – This is how long the sleeve of Neil’s sweater was when I started working on it this morning. I have spent a lot of time knitting today, and I’m 8 or 9 inches further along. I really thought I’d be done with both sleeves this weekend, but these are taking longer than I expected. All those cables slow a girl down 😀 [in Maryland] 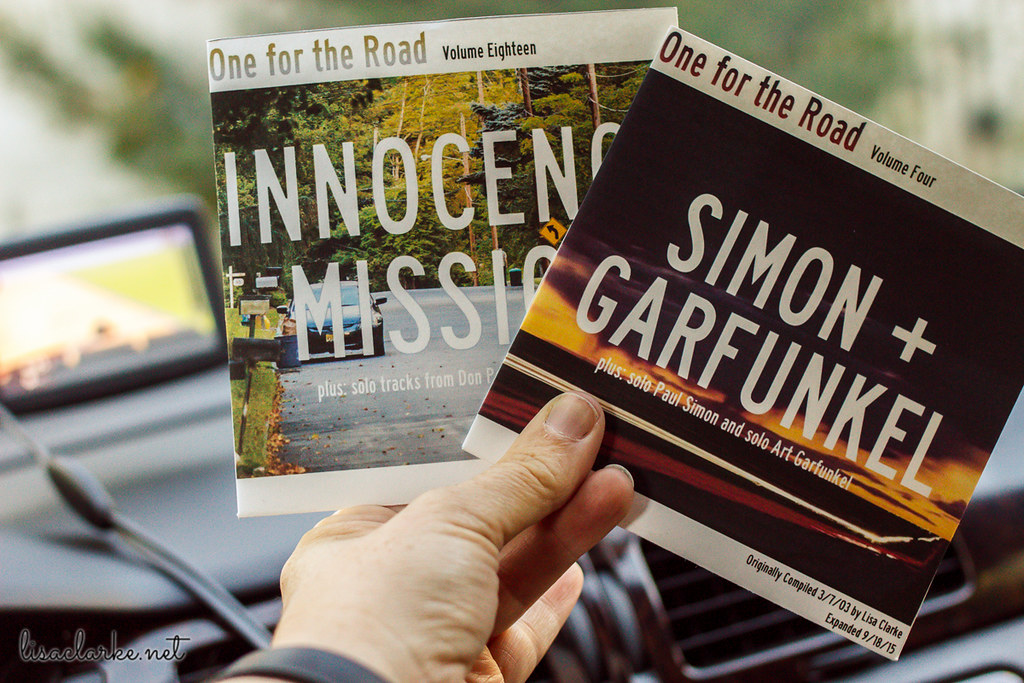 365: 2015 284/365 – This 4-hour road trip home was brought to us by The Innocence Mission, Simon + Garfunkel, and copious amounts of loud singing-along from the front seat (aka, from me and me alone – the boys had their own conversation going) 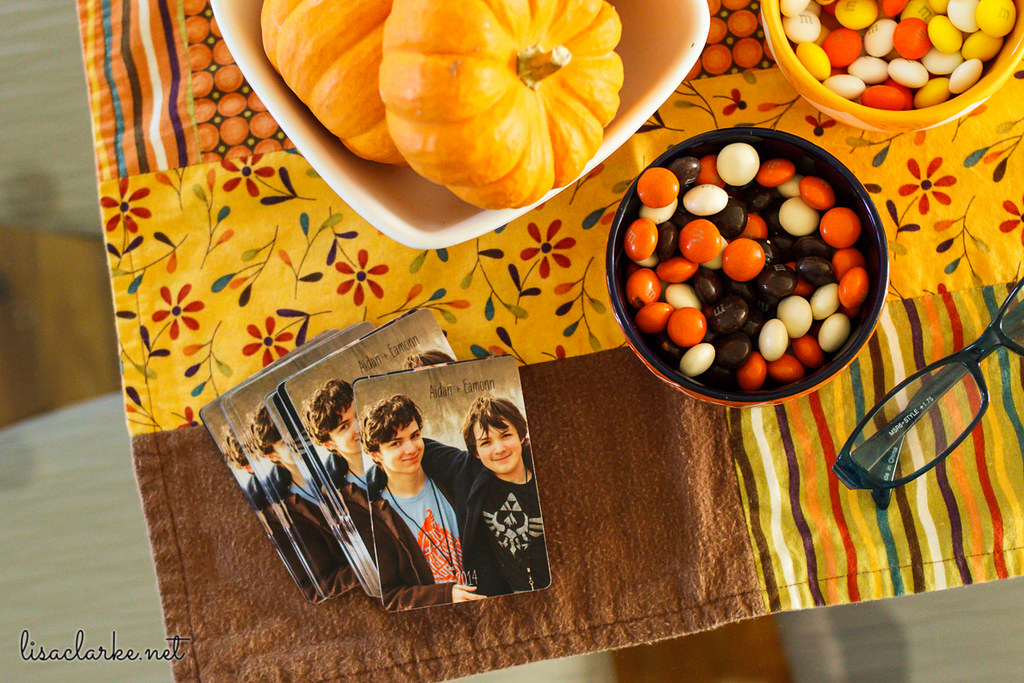 365: 2015 285/365 – Fall table mat. Those M&Ms on the top are good (white chocolate candy corn) but the ones below it (pumpkin spice latte) are disappointing. I’ve been sitting at this table a lot lately, playing old school solitaire with my new deck of BOG + Flufy cards. 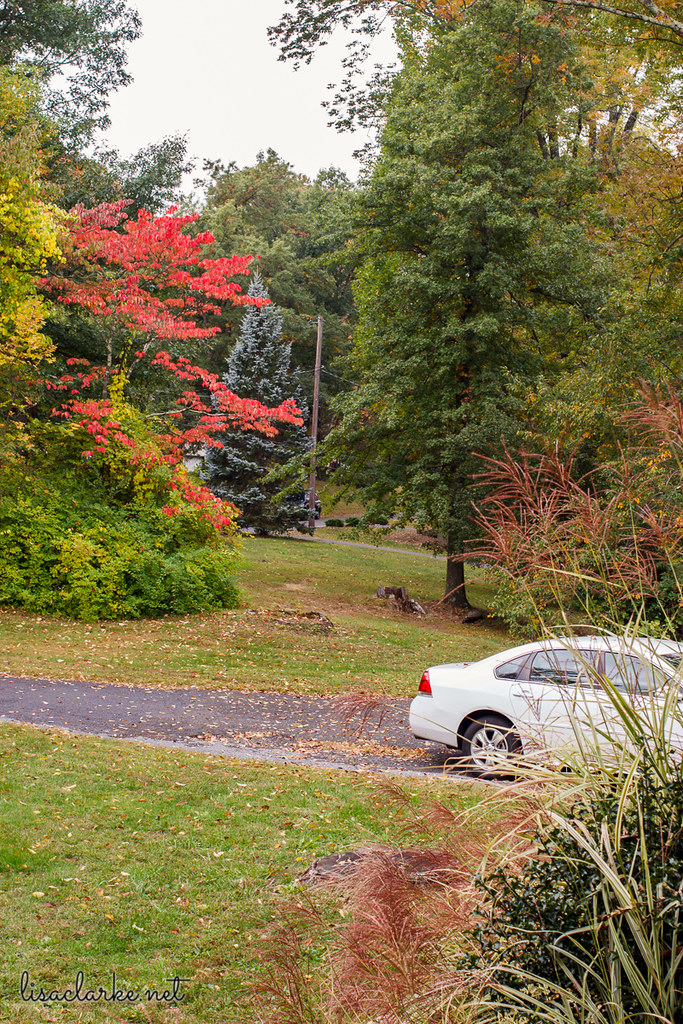 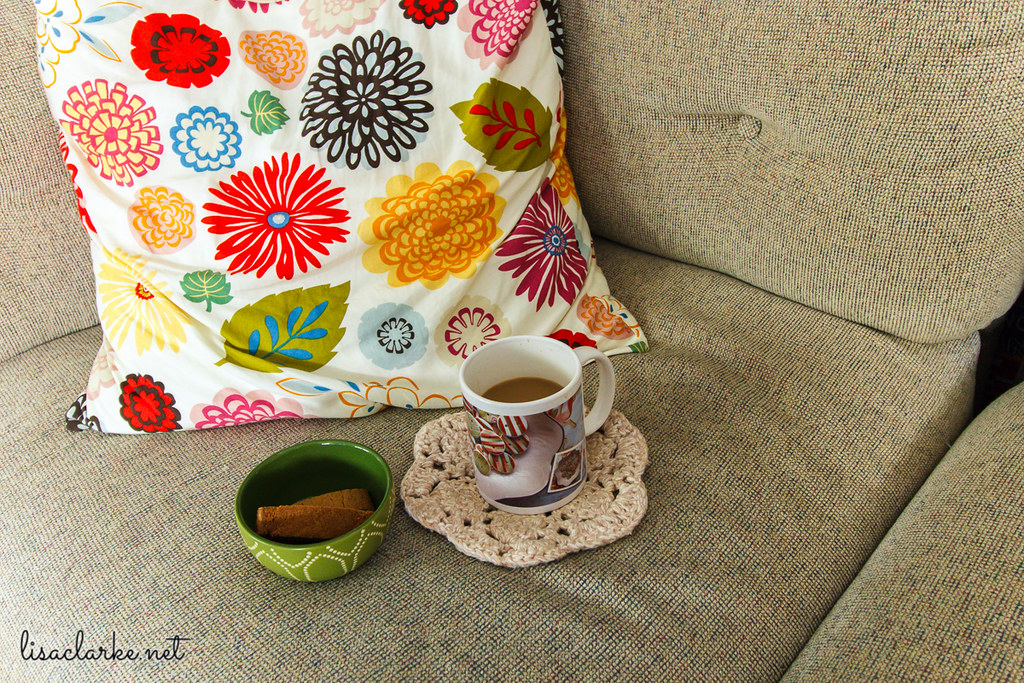 365: 2015 287/365 – Let me just slip this coaster under my coffee mug. Because that will definitely be enough to protect the couch if I knock the mug over. #deludedthinking 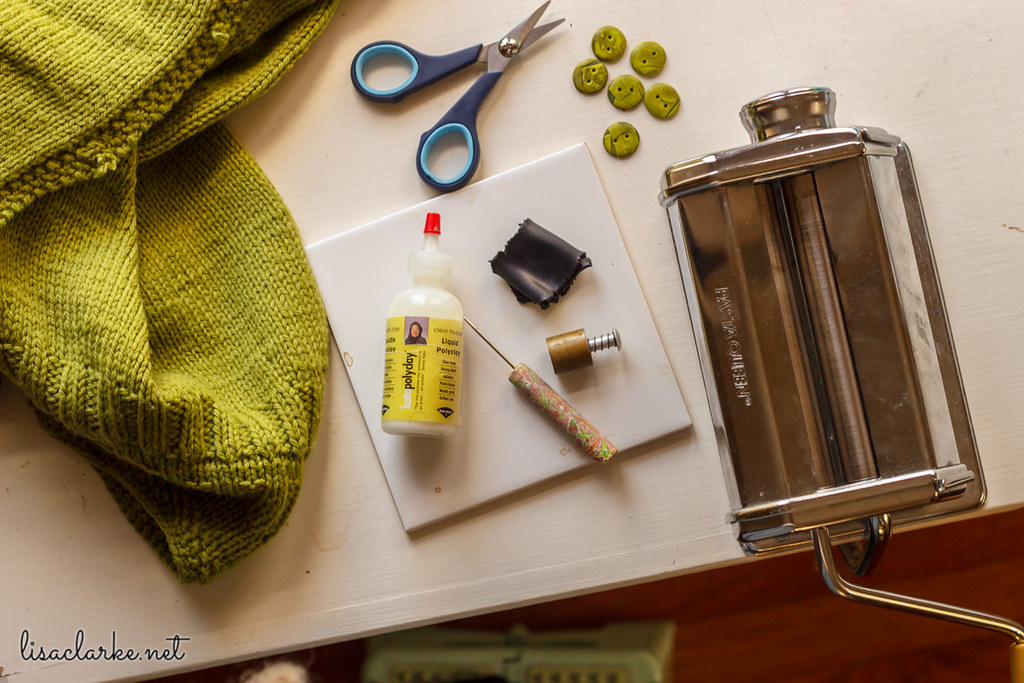 365: 2015 288/365 – I got the polymer clay out today and finally fixed some buttons that were driving me crazy on one of my sweaters. Tutorial coming soon. Maybe even today 🙂 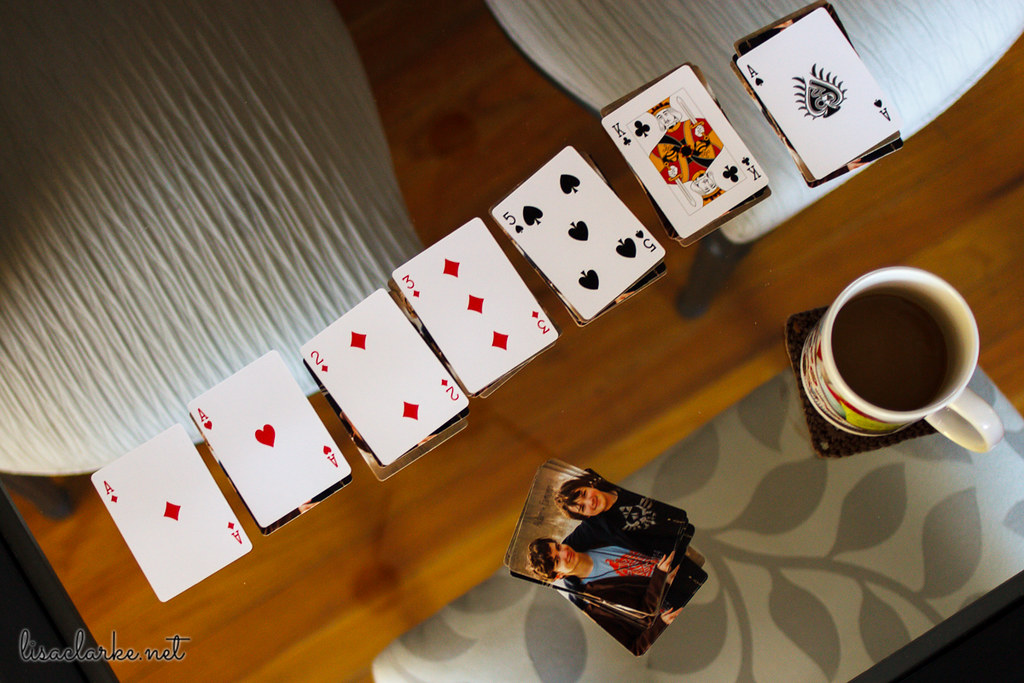 365: 2015 289/365 – This was a pretty good setup, but after the first few moves I still managed to lose. Solitaire is the only game I lose more than I win and still enjoy playing. Weird.
Thanks for taking a peek at this week’s photos! If you want to see this stuff as it happens, please feel free to follow me on Flickr and/or Instagram.
I may already have plans to blog about some of these things in greater detail over the coming week, but be sure to leave a comment if there’s something in particular you want to know about!

3 thoughts on “TWiP: On the Road Again”