I am feeling quite keenly the end of summer this time around. Chances are good that this is our last year to be free of outside schedules, as I suspect that this time next year I will have to have a job outside of the house. My oldest is at an age, too, where he may very well be working next summer.

So, when this last weekend of the last foreseeable carefree summer was upon us, it seemed like a great opportunity to have some last-minute seasonal fun together.

Only, it wasn’t because everyone but me had already made plans. Sigh.

So, I spent a day and a half not really knowing what to do with myself. Usually I am quite happy to have an empty-ish weekend where I can watch mysteries and knit without having to worry about anyone else’s plans. But I just wasn’t feeling knitterly at all. 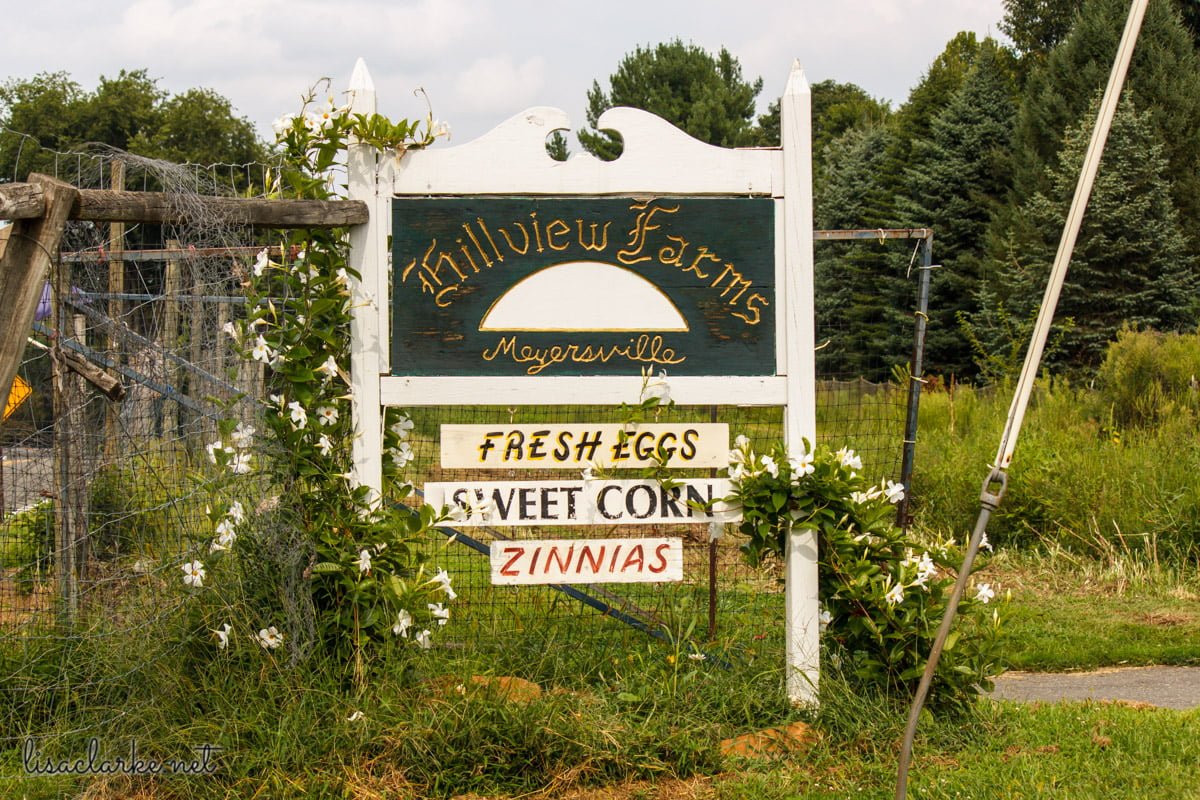 So Sunday afternoon, I grabbed my camera and headed for the farm. In past years, they’ve had long rows of colorful zinnias, and I thought it might be just the thing for me – some picture-taking time in the field, after which I could bring home a nice bunch of them for my coffee table.

I pulled into the parking lot and didn’t see any flowers. I figured maybe they rotated their crops, so I parked the car and hiked up to the farm store. The girls behind the counter assured me that there were zinnias right by the front gate.

Hmm. I hadn’t seen them. How could I have missed them? A brightly-colored row of zinnias should have stood out, shouldn’t they?

Well, I took the bucket and clippers they gave me so that I could cut some flowers to take home, hiked back down the path, past the parking lot, and to the spot where the girls said the flowers would be, only I still did not see them.

A closer look revealed a freshly-plowed row that I was pretty sure had once been the zinnias. In fact, I found one lone (and somewhat bedraggled) survivor:

Ugh. So once again I trudged up the hill back to the farm store, definitely regretting that I had worn only flip-flops, and informed them that I saw no flowers, only tomato plants.

At this point, there was another lady in the store (an owner, I think) who apologetically let me know that the zinnias had indeed been plowed that morning. Why? I have no idea.

So much for cheering myself up with flowers!

So I politely thanked them, although I honestly wasn’t feeling particularly polite, and went outside to see if I could get a picture of the resident peacock and maybe a couple of chickens on my way back to the car.

I’m disappointed with the whole flower thing, but at least I have some plans for the next few days that ought to make up for it. We’re going to be taking some underwater pictures, and playing in a field of sunflowers. There will be pictures, and I will be sharing 🙂

BTW, speaking of sharing pictures, if you’re interested in my photography, please check out my new portfolio!

Now, if you’ll excuse me, I must go wake up my sleeping boys, who have been getting up at Noon all summer. They are going to be in for a rude awakening (quite literally) on Thursday when the alarm goes off at 6am!