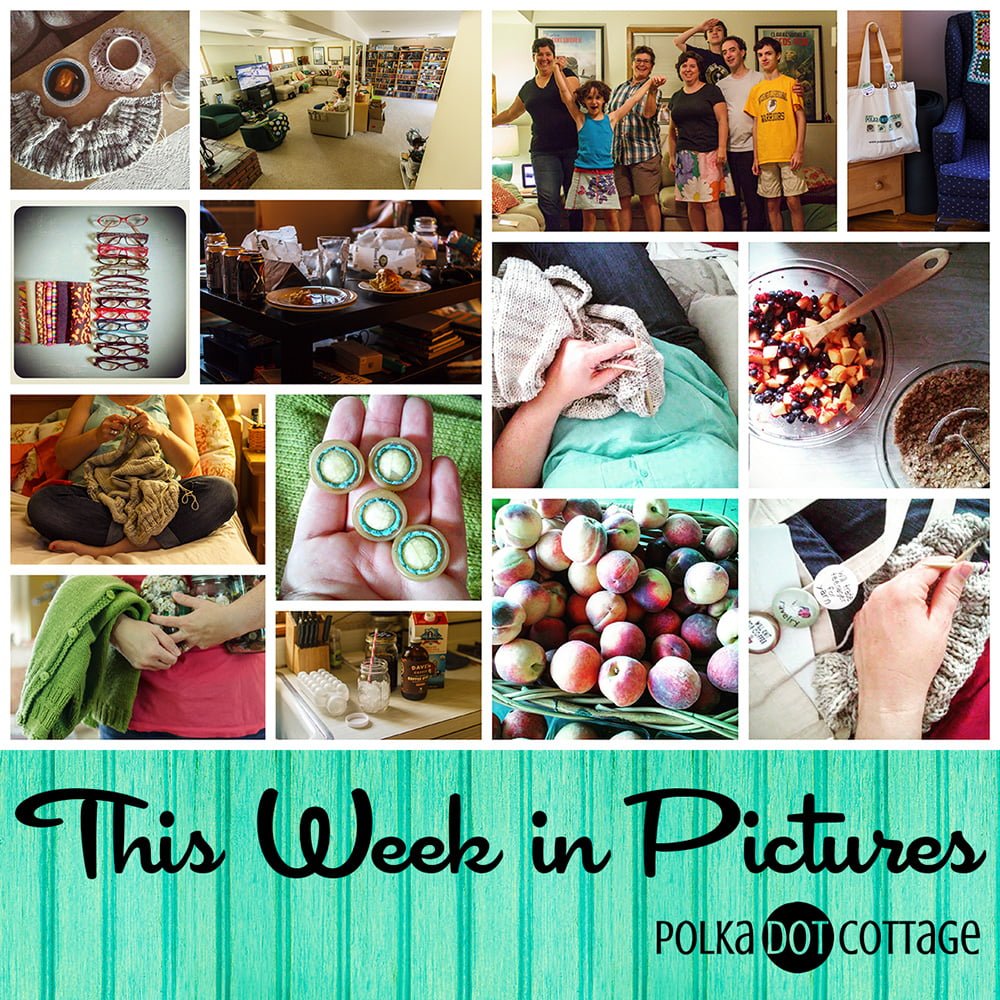 It seems a theme has emerged this week: copious amounts of knitting, punctuated with the occasional family gathering. It was a good week.

I ended up re-starting the doomed cap-sleeve Everyday Cardigan I frogged last week, and I am kinda surprised to be saying this, but I’m almost done! I’ve got something like 3 inches left to knit on it. And this is 8pm on Friday night, so you know that by the time you read this on Saturday morning, I’ll be even closer to the finish line. Because knitting in front of the SyFy channel on a Friday night is how I roll. #knerd

A sweater in a week? My knitting speed has really improved! Sure, it’s sleeveless, but still. I’m impressing myself 😉

Maybe it’s because I spent most of the week trapped at home without a car. And maybe I felt a tiny bit like I needed to allow myself a little extra knitting time to make up for how bummed I felt to be without transportation in the summer.

Or maybe practice really does make you better/faster at things. Imagine that! 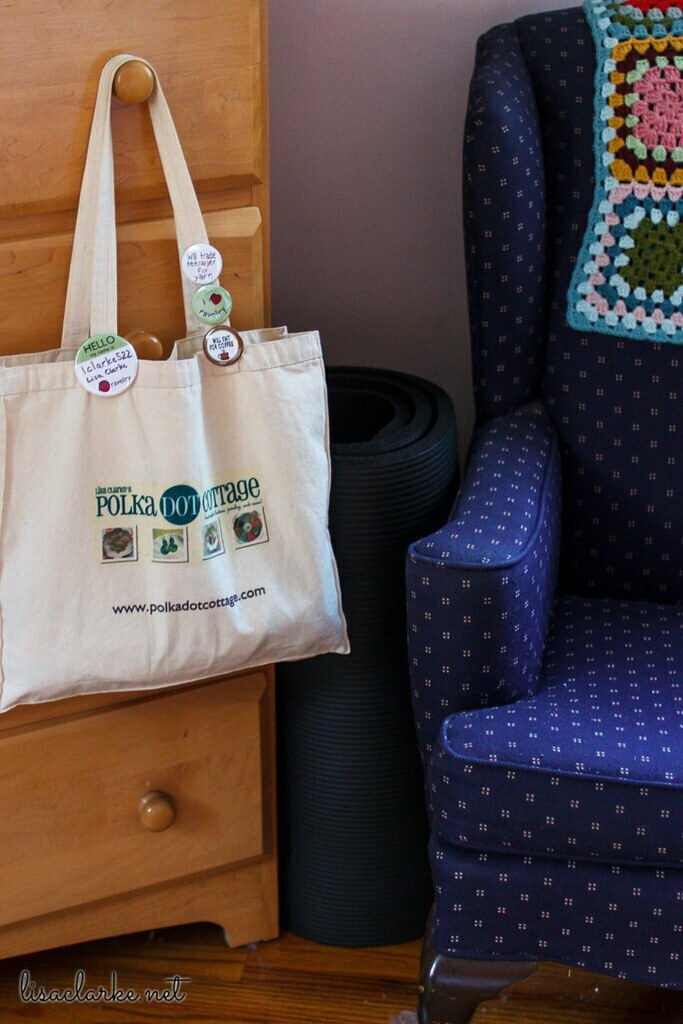 Remember last week when I knit 50 rows of an Everyday Cardigan in the wrong size? Yeah. Good times. I took a short break from it and now I'm starting again. I really do enjoy knitting this pattern. #knitting #pdceverydaycardigan 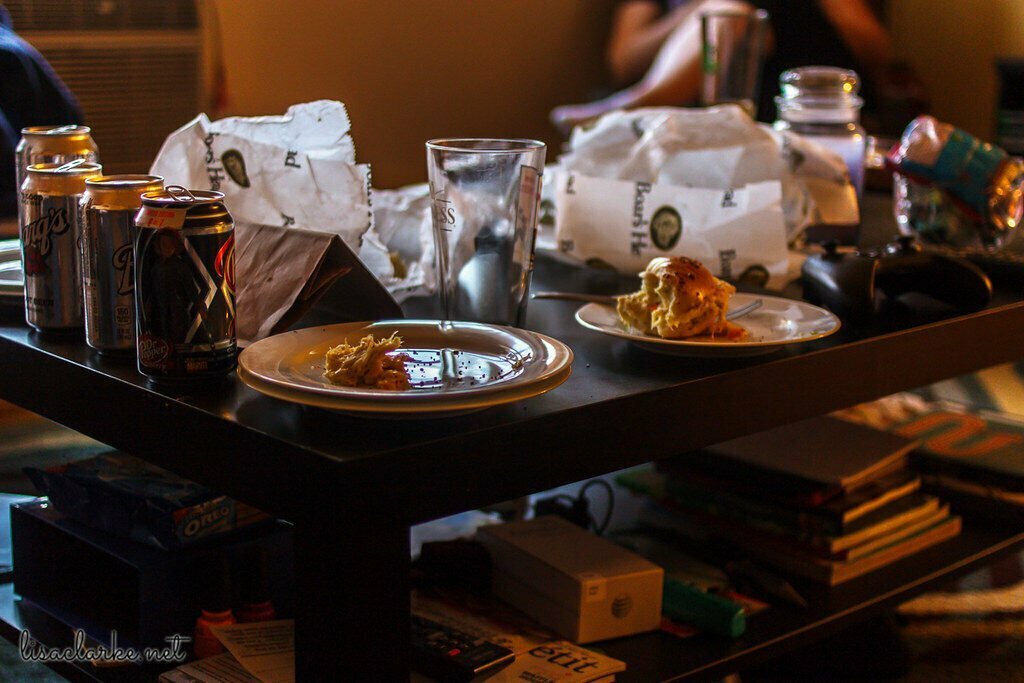 Breakfast, #knitting, and last night's Poldark. Not a bad way to start a Monday. #pdceverydaycardigan 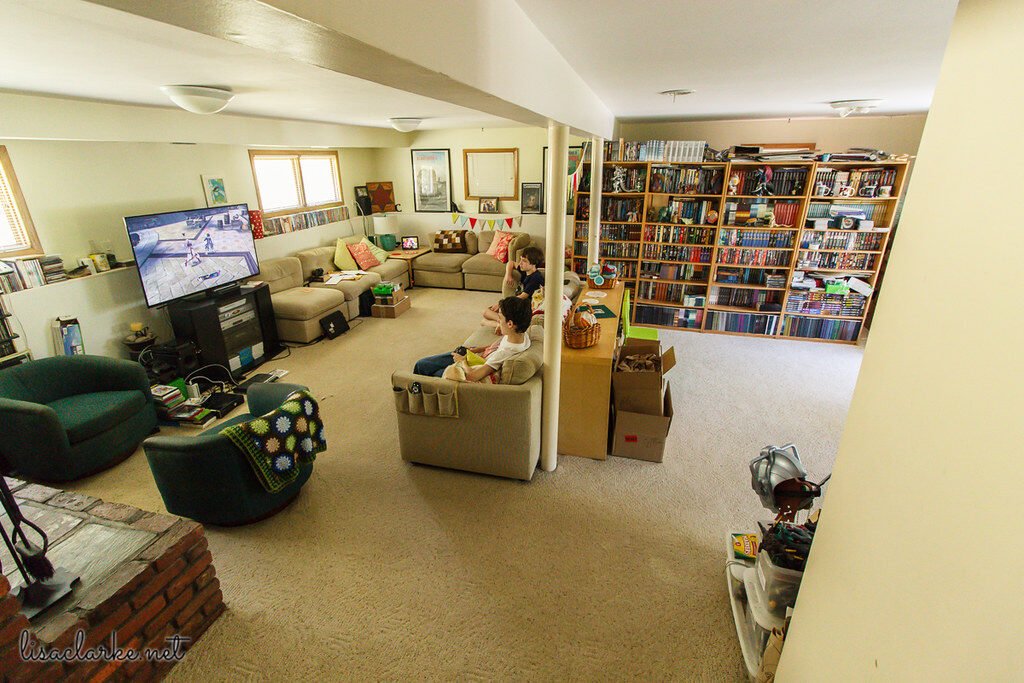 It's possible I have a problem. I don't mean an addiction to reading glasses so much as a tendency to lose them and then replace them. I found five of these pairs last week, when I was looking for one particular pair ( which is not pictured because I still can't find it). Also not pictured: a pair of sun readers and a pretty sea green pair that I (ahem) ordered online at 1:30 this morning. OK, maybe there's a tiny addiction at work, too. 😋 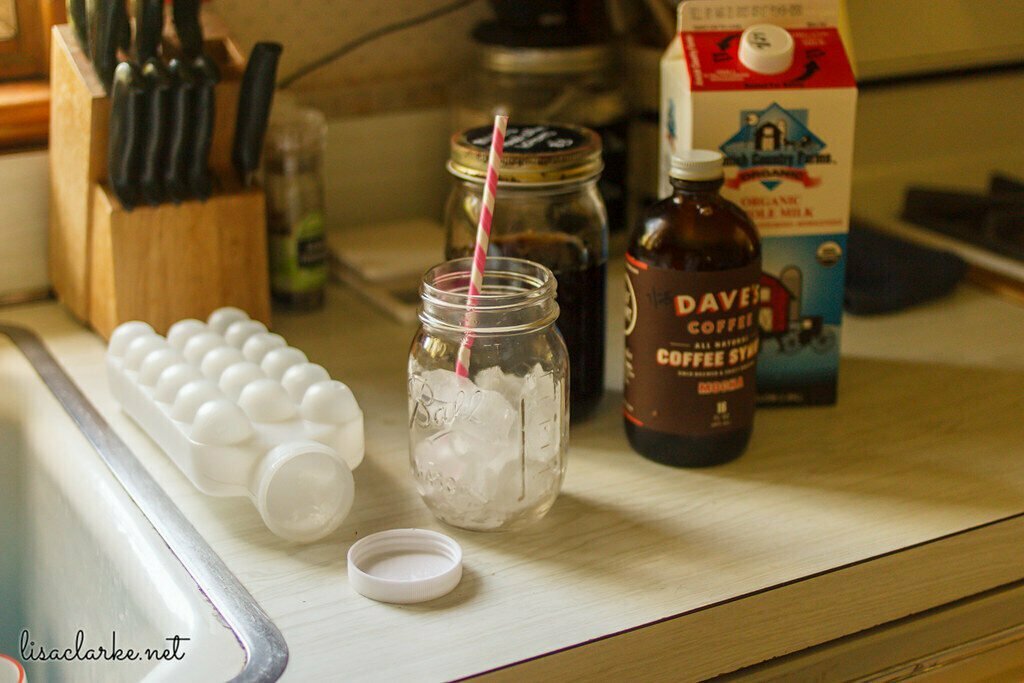 My kitchen is about to smell really, really good. 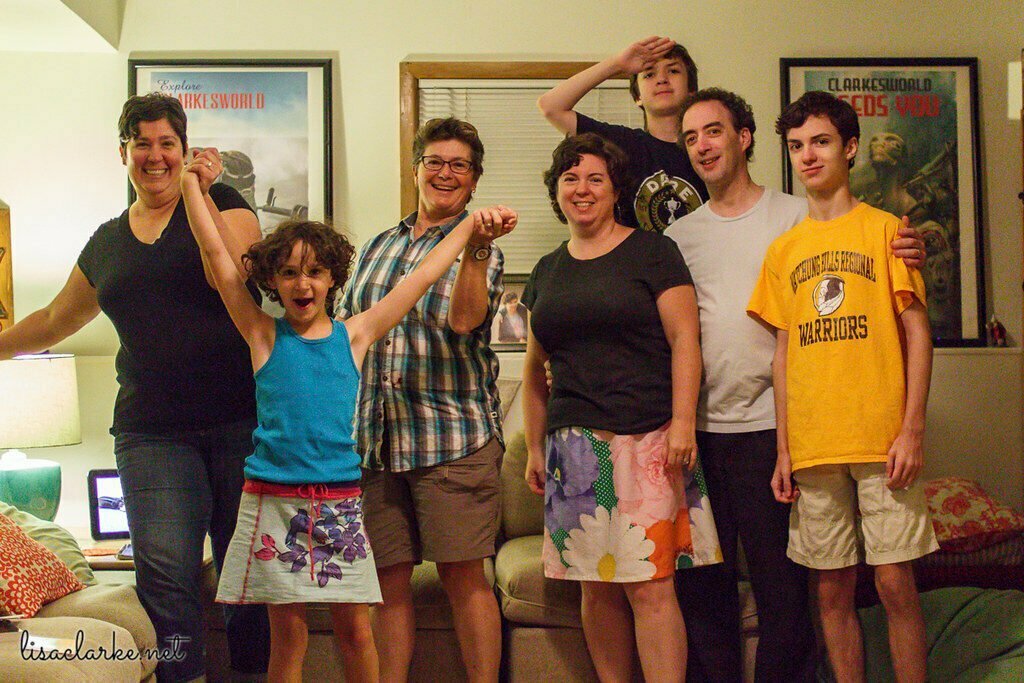 My #pdceverydaycardigan is coming along nicely. I'm enjoying listening to my kids talk about their strategy for their latest YouTube Minecraft series while I knit. #knitting 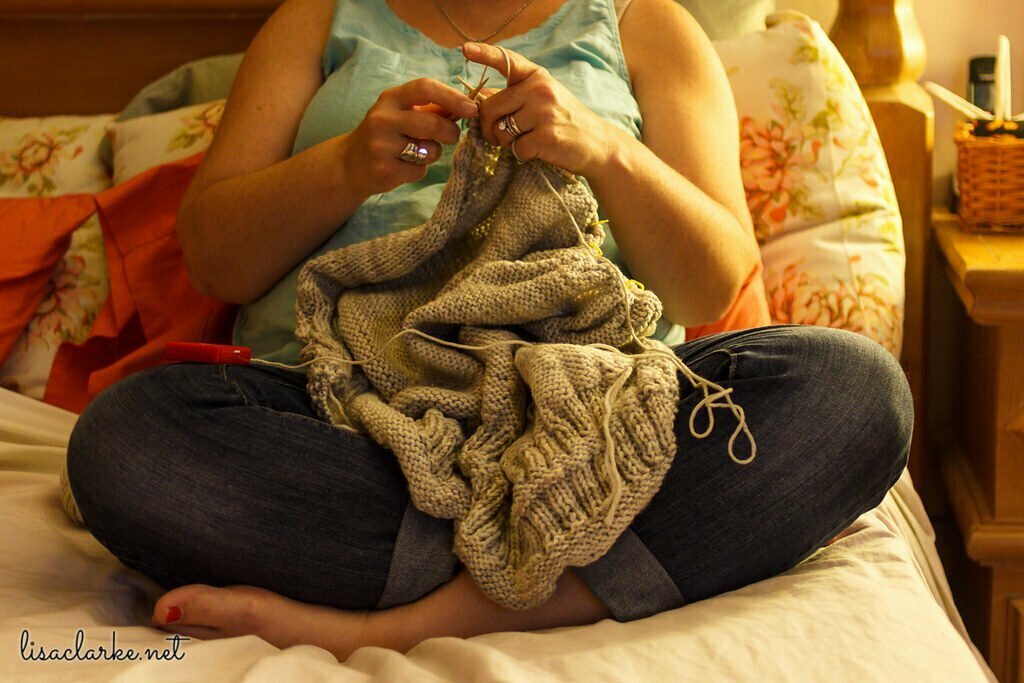 365: 2015 218/365 – Just a quiet Thursday at home, Neil downstairs on the xbox, me on my bed with my knitting and Inspector George Gently series 7. We’ll reconvene later for some sci-fi and maybe Jon Stewart’s last Daily Show. 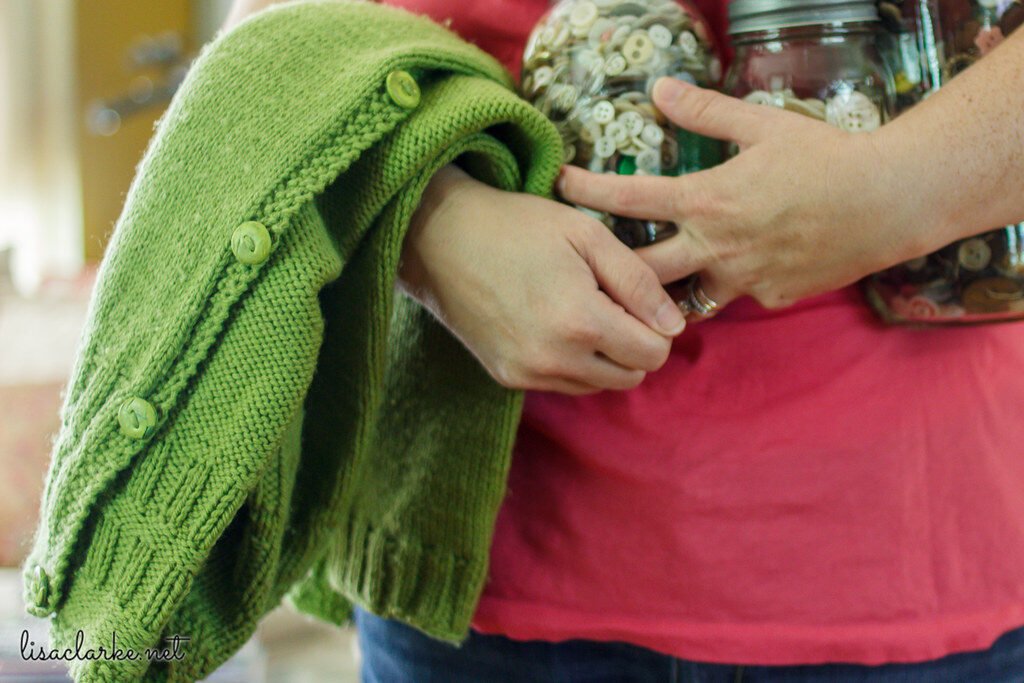 Found these unusual old buttons. They're perfect for my green cardigan, but I only have 4. I need 6. Maybe it's time to get out the #polymerclay and try to fashion a reasonable facsimile.

2 thoughts on “TWiP: Knitting and socializing”