Christmas this year was unusual for one reason: I didn’t commit to making anything. In the end, there were only three handmades under the tree, and technically-speaking, two of them were actually on the tree, not under it.

I make ornaments for my kids every year. At first they were always polymer clay, but in past years I have branched out and used fabric, yarn, and even paper. This year I went back to basics, though, and did the clay thing.

I started with the ornament for my younger son. 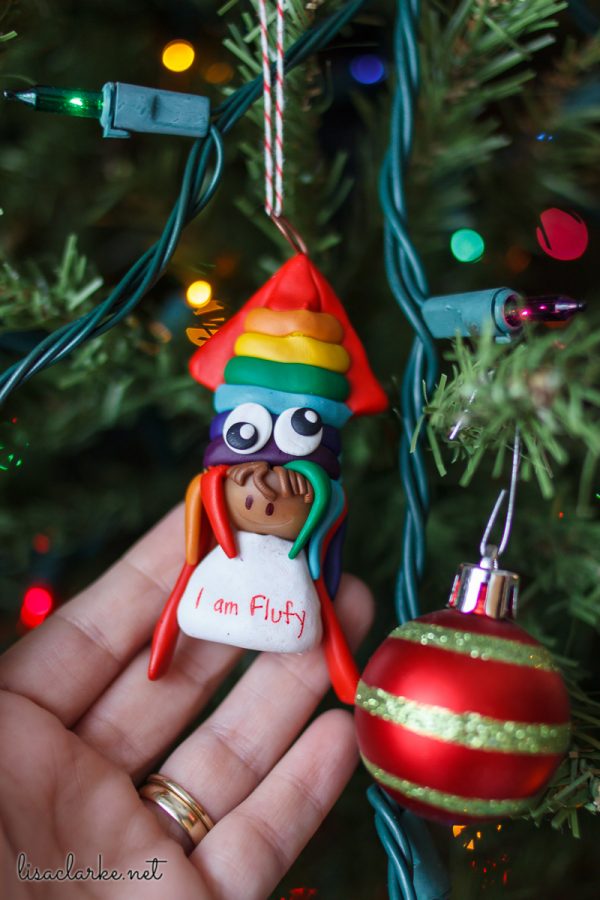 See the resemblance? 🙂 He wears that hat in the opening credits for many of his YouTube videos. 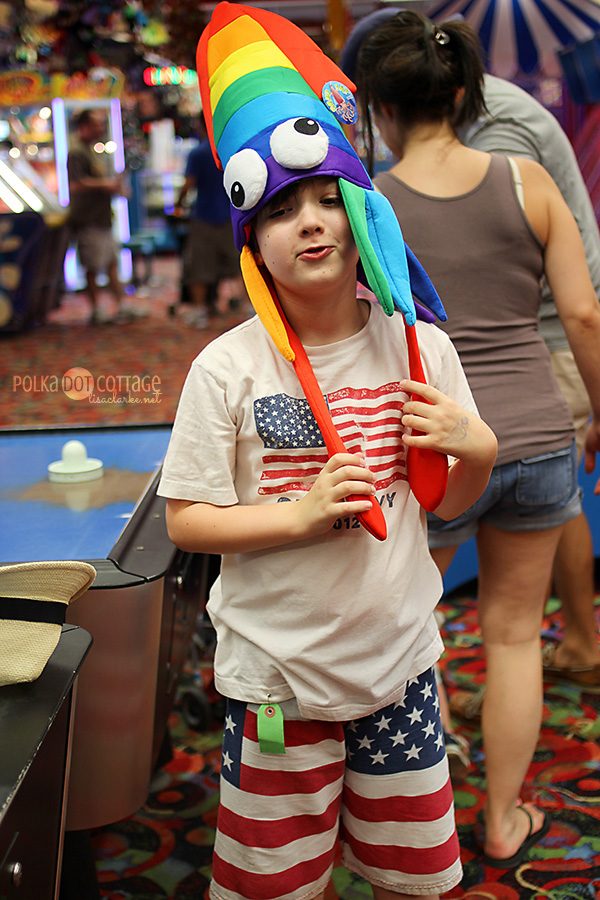 I am really happy with the way this one came out, although it was a fiddly process getting all of the colors just right. In fact, it was so fiddly that by the time I was done, I had very little creative energy left for my other son’s ornament. 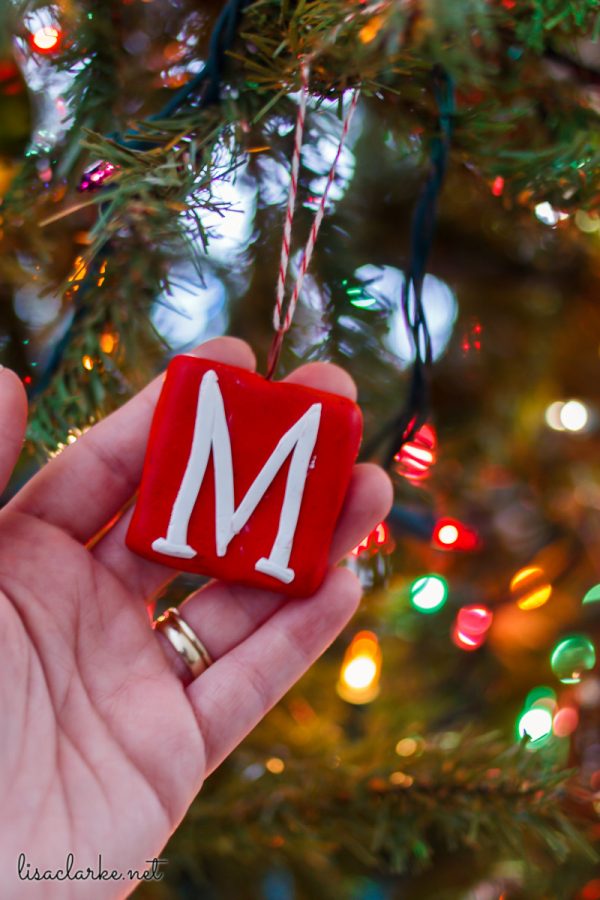 It’s supposed to be from the logo for the game company he started. By the way, he recently published a free PC game, if you want to check that out!

It’s not a bad little ornament. I just wish I had not run out of time and energy by the time I made it, or I might have taken a bit more care to make it better. I was under the gun at that point, though, and the polymer had to be put away to make room for the nativity scene. The drawbacks of doing your creative work in the family’s living spaces!

The last of the Christmas crafting is also for one of my kids. I recently bought a pair of satin PJ pants for myself, and my younger son (who has always known how to appreciate being comfortable and cozy) thought they were awesome.

I tried to buy him a pair online, but it is nearly impossible to find satin pajamas for 11-year-old boys. So I made him a pair.

I traced a pair of his existing pajamas to make the pattern. I do think there may be a bit of a fit issue, though. He hasn’t worn them as much as I had hoped. I may have to take a seam-ripper to the elastic waist and sew another inch or two of fabric to the top, and re-do the elastic casing.

So that’s it for this year. A short and sweet list. There’s something to be said for not turning yourself into some kind of making machine!

2 thoughts on “The Christmas making”