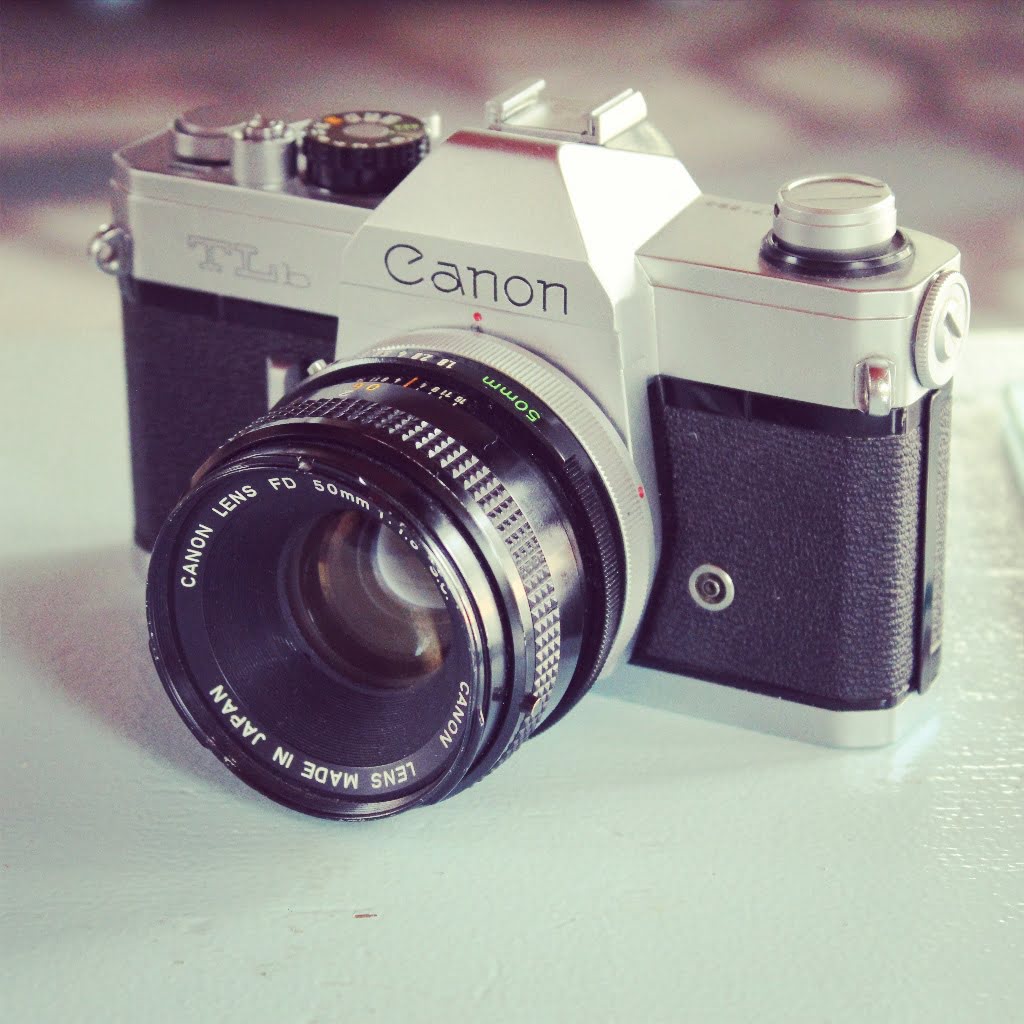 My sister gave me a cool birthday present last week: an SLR camera from 1974-ish. The guy who was selling it on eBay had bought it to use it as a prop and didn’t even know if it worked. 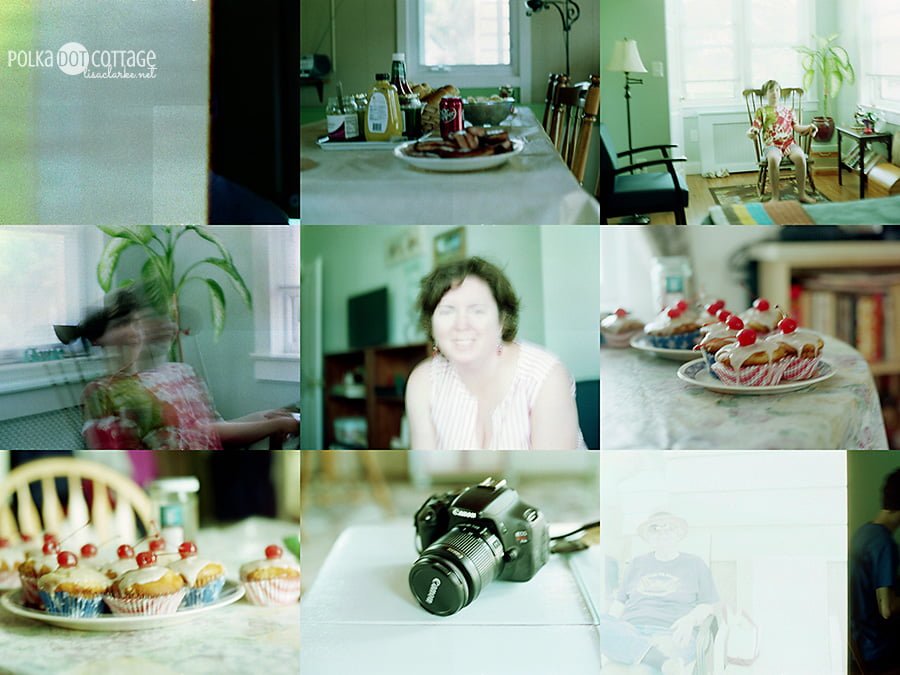 So, we played with it at a family party, not knowing much about what we were doing. We had 24 exposures, and we spent the first half of them not realizing the camera was in “bulb” mode. That means the shutter stays open for as long as you hold down the button. The result is motion blur, and plenty of it.

Once we noticed what we were doing, we started paying more attention to the other settings (all of which were 100% manual). We used my DSLR as a light meter to give us some idea what aperture and shutter speed to set, and at that point, we started doing things right in terms of focus and exposure. (Go us!)

When I got home that night, I looked for the manual online, found a copy, and realized that the camera does have an internal light meter. It just needed a battery. I’ve since ordered one, and I am working on another roll of film. It’s nice not flying blind!

Anyway, we shot through the whole roll that first day, and I picked up my prints today.

It looks like we were having an issue of film advancement. Most of the later images on this roll are double- and triple-exposed. 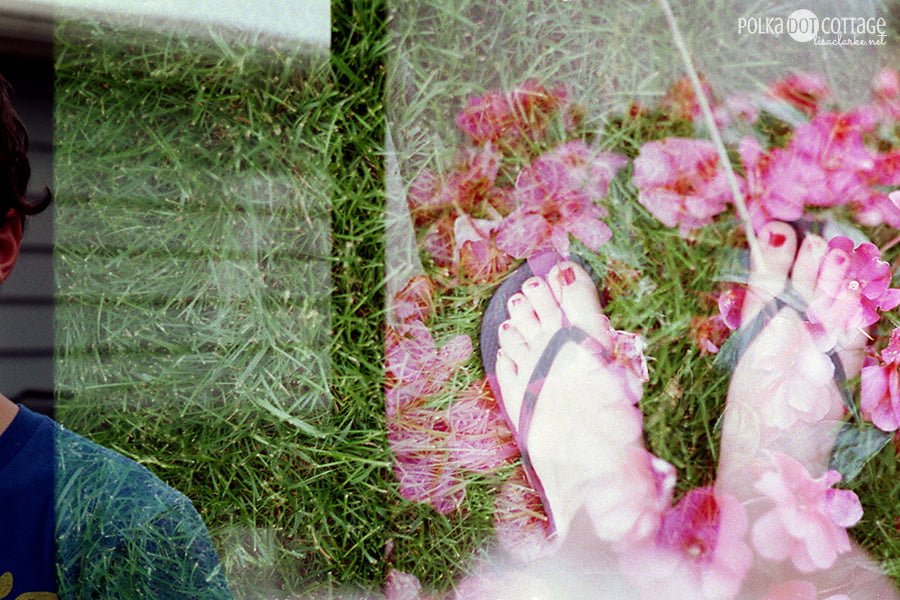 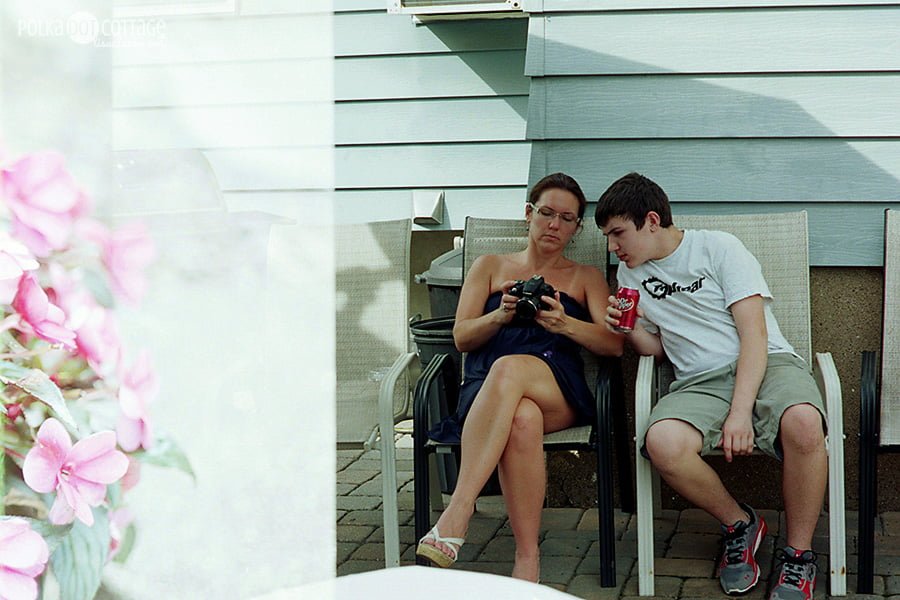 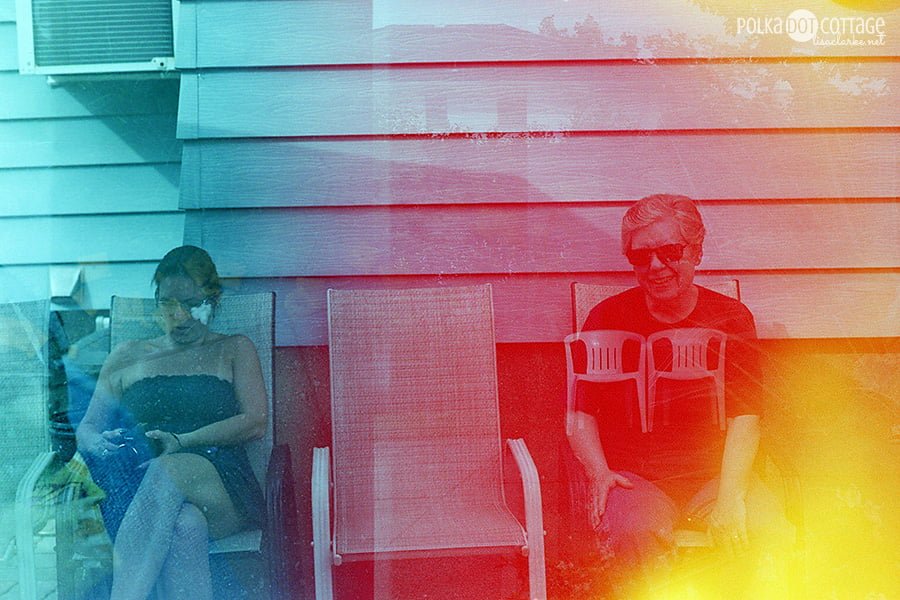 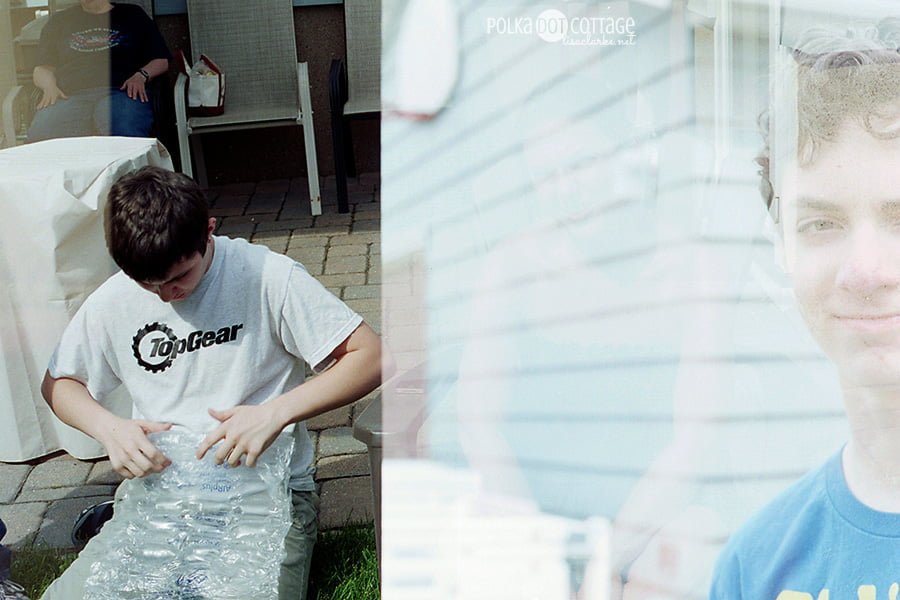 It will be interesting to see if the advancement issue was user error or camera error. If it’s the latter, I guess I can expect to have several more multi-exposed prints when I get the roll developed.

If that happens, at least they should be artsy 🙂