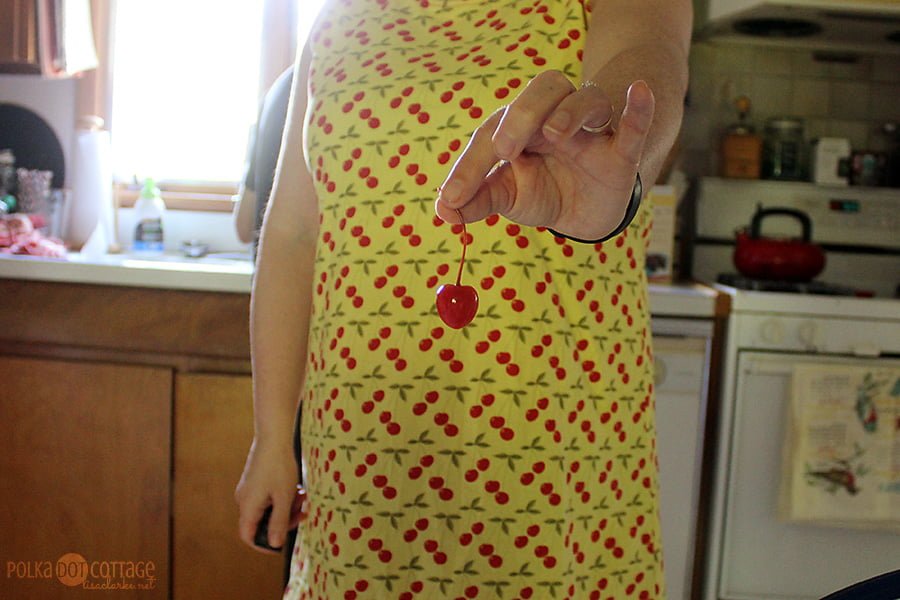 I think I’m on a cherry kick. It started with the desire to make cherry cupcakes on my birthday. I didn’t make the cupcakes then, but I did keep the idea in the back of my mind, and I used it to name my new 8tracks playlist. Cherry Cupcakes was actually the perfect name, because the mix has a vintagey sound, and cherry cupcakes themselves seem kind of old-fashioned to me. So, a perfect pairing.

But that is not where the cherry thing has ended this weekend. Nope. Remember when I said I wanted to make a bunch of dresses like my birthday dress? Well I didn’t make a bunch, but I did make two this weekend.

My fabric stash is comprised almost entirely of two kinds of things: small remnants/precuts (fat-quarter size + smaller), and thrift shop bed sheets. If I want make anything that requires a decent amount of fabric without spending money, I usually have to use one of the sheets. But! I was very lucky when right at the top of my stash I found not one, but TWO, contiguous piles of quilting cottons with enough fabric for dressmaking! 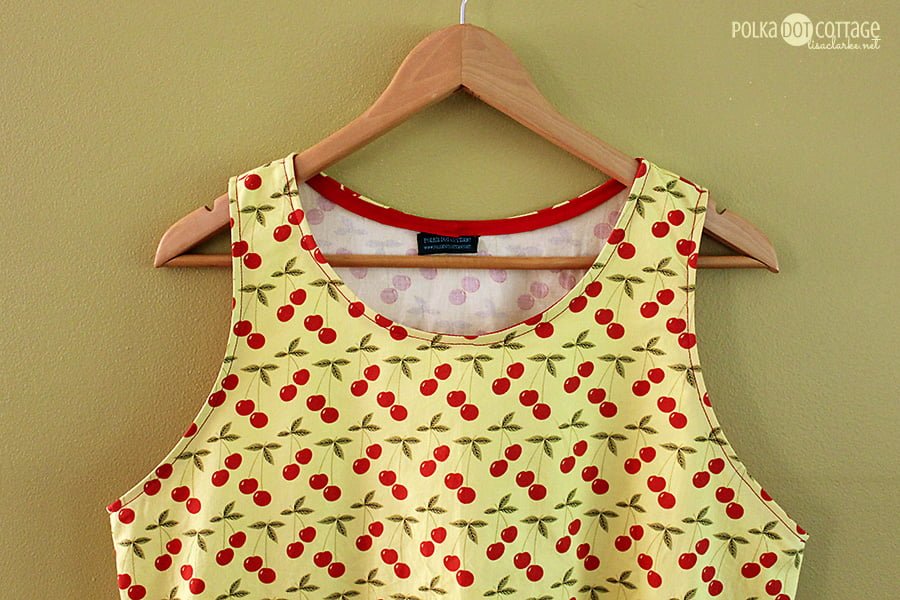 What a welcome surprise that was! One of the fabrics was a pretty orange gingham I bought last year for a different dress pattern that I never made, and the other was a print that I have been using in my kitchen for years – cherries-on-yellow from Anna Griffin’s Elsie’s Kitchen collection. I had snapped up several yards when I saw them being clearanced on eBay last summer, and while I had originally planned on doing something kitcheny with it (new apron? more napkins?) it suddenly seemed like a fun idea for a dress, too.

So cherries and gingham. In dress form. 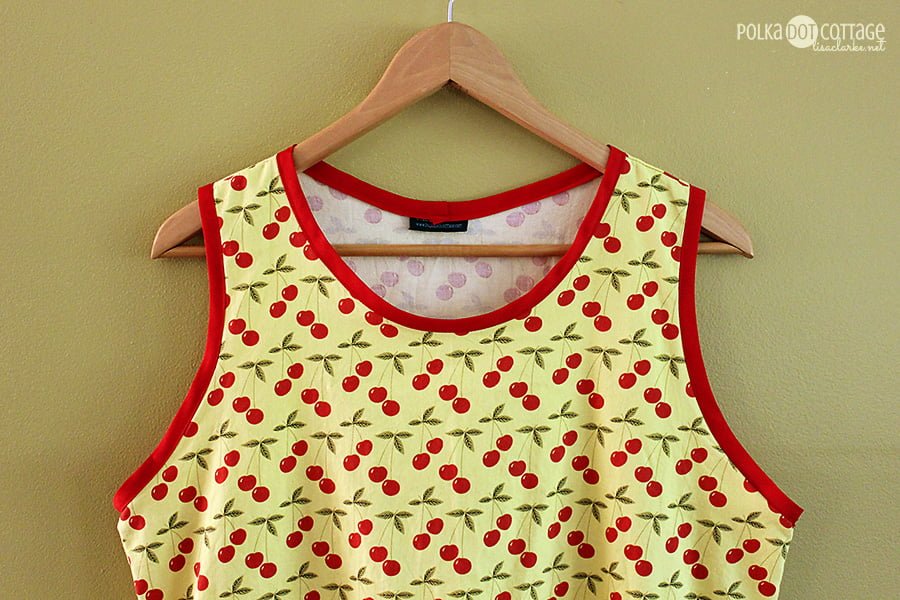 I figured out (with the help of Amy Karol) how to do binding properly (yay!) but I realized I didn’t actually like the way it looked on me – there was a real frumpy factor that surprised me. I ended up folding over the binding towards the inside and sewing it down so it was more like a facing. I’m happier with the way that looks on me.

I asked my 11-year-old photographer to take a picture of me as I was on my way out to buy him bagels (it was the least he could do). My only instruction was to make sure all of me, head to toe, was in the shot. After that, he could take whatever pictures he wanted. 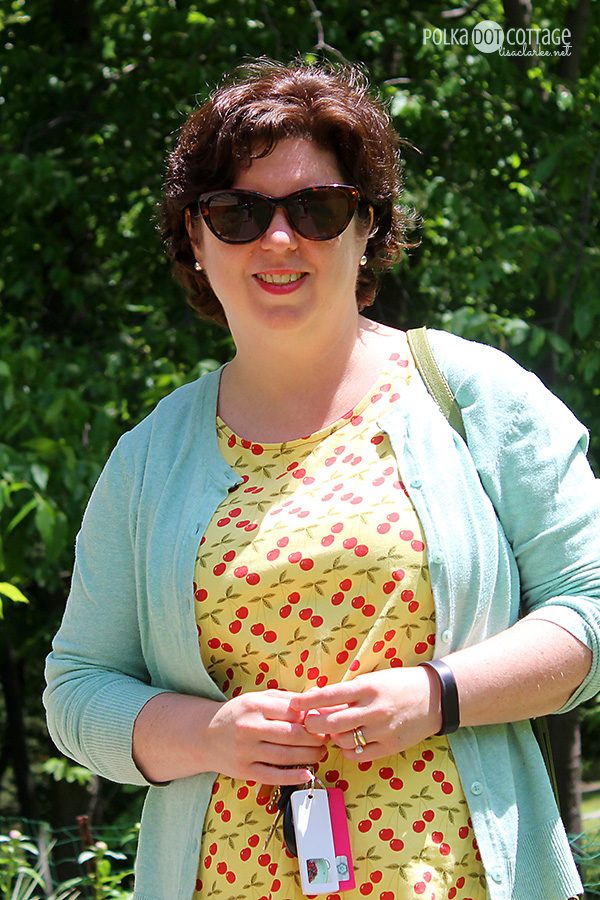 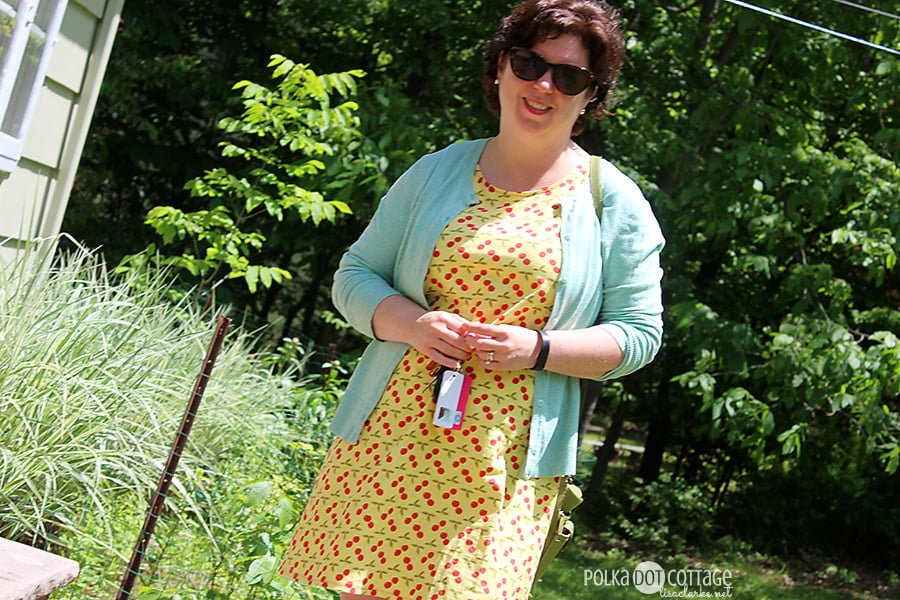 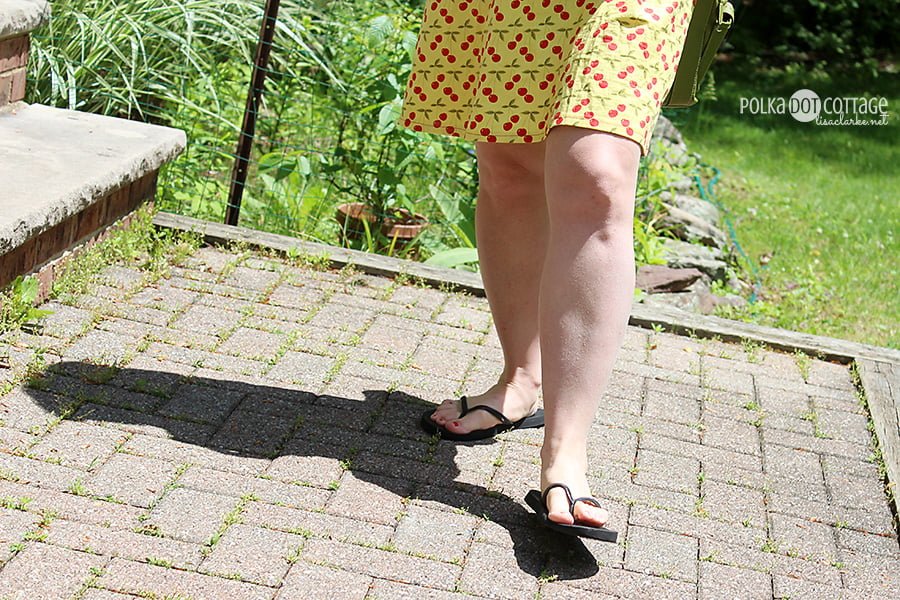 Listening is not exactly his strong suit. sigh

When I discovered later that he hadn’t followed my directions, I took a head-to-toe shot myself. 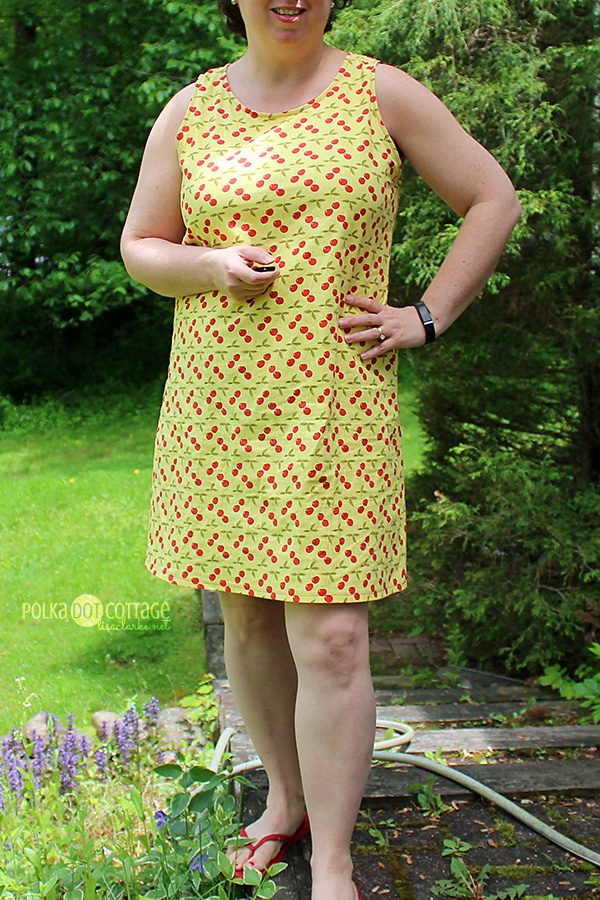 (So pale and pasty! Can you believe I had 5 days at the beach last week?)

And the gingham one, too.

I also actually made those cherry cupcakes yesterday, too. While wearing the cherry dress and listening to my Cherry Cupcakes playlist. It’s been a theme weekend here, apparently.

I haven’t eaten a cupcake yet, but when I do, if they are delicious, shall I share the recipe here?