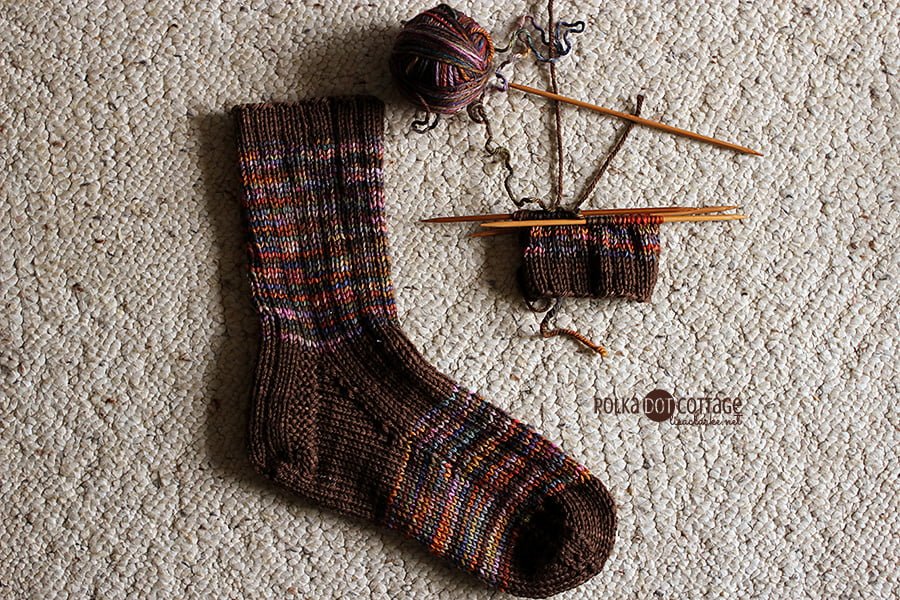 Ever since I learned to knit, I have been offering to make something for Neil.

How about a hat? I never wear hats.

Fingerless gloves? What’s the point without the fingers?

As my skills and confidence grew, I had another option to offer.

I could make you a sweater – you’re always cold! Nah.

Would you wear handknit socks? <pause> yeah, that might work.

Hallelujah! We’d agreed upon something! So I cast on for a pair of worsted-weight socks, and got started.

That, my friends, was two years ago. Me and socks? we just weren’t a good match at the time. I was a slow knitter, and they involved a lot of stitches. I got about 2 inches down the leg and gave up. 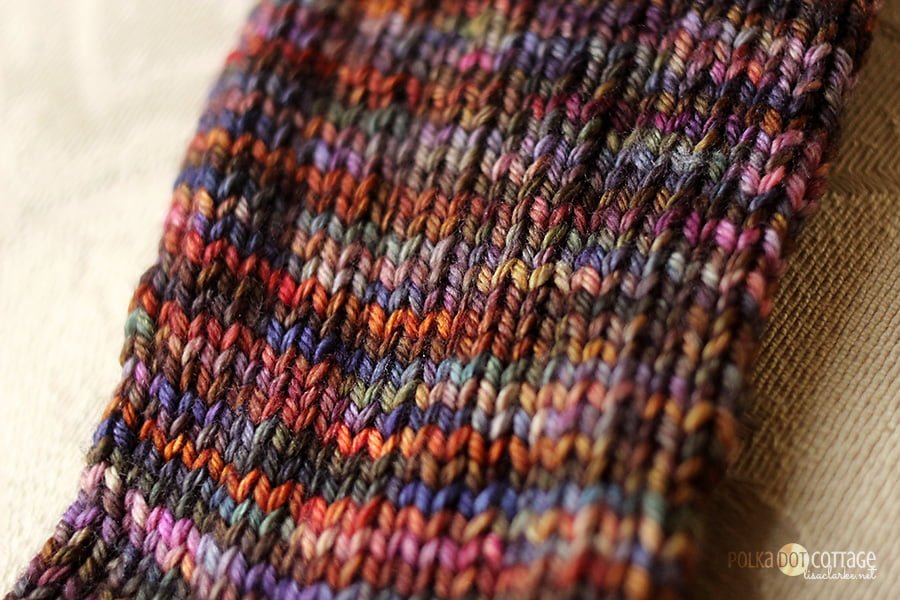 A few weeks ago, I ran out of yarn for all three of the baby sweaters I was working on (the perils of knitting from stash!) and I found myself without a project while I waited for a new shipment. I could have started a shiny new project – I won’t lie, I was tempted – but something called me to sift through my in-progress bin.

I found a crocheted cowl that was five rows short of complete, and finished it up that very night.

The next night, I found Neil’s barely-begun socks. I came close to tossing them back into the bin, but I didn’t. Instead, I decided to give them another shot. I was pretty sure my knitting speed had increased a bit in the past two years, so maybe they’d feel more do-able. 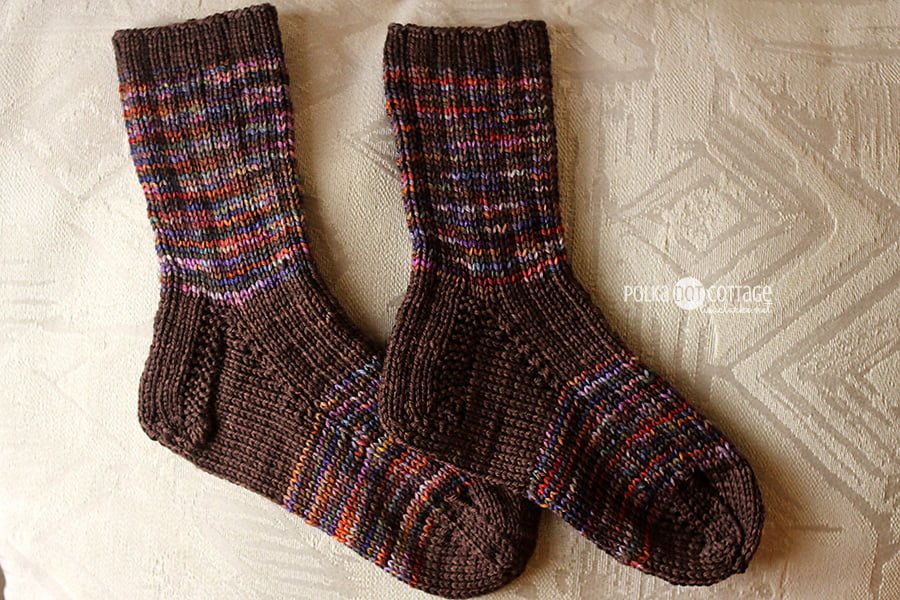 There was one problem, though: I couldn’t figure out what pattern I had been following. I had never added the project to Ravelry, and there was no printout in the project bag. It was a stumper. Additionally, I didn’t think I had enough yarn to make two socks.

After a bit of dithering, and a lot of flipping through books looking for the correct pattern, I decided to just unravel the two inches I had done, and start again, this time with a new pattern, and an accent color from my stash.

It took me only a week, including a few days where I also worked on the baby sweaters.

I tell you, this is kind of exciting for me. While these particular socks have their flaws (some of them clearly visible in the photos if you look closely [please don’t look closely]) the idea that I could crank out a pair of socks in less than a week is pretty cool! I mean, I have always put socks firmly in the “too much effort to be worth it” column. But with heavy enough yarn and big enough needles, they are totally do-able. Yay!

Not only that, I have finally, after four years of knitting experience, made something that Neil will wear. Yippee!

He might even, for all I know, ask me someday to make him a second pair. Now wouldn’t that be a surprise? 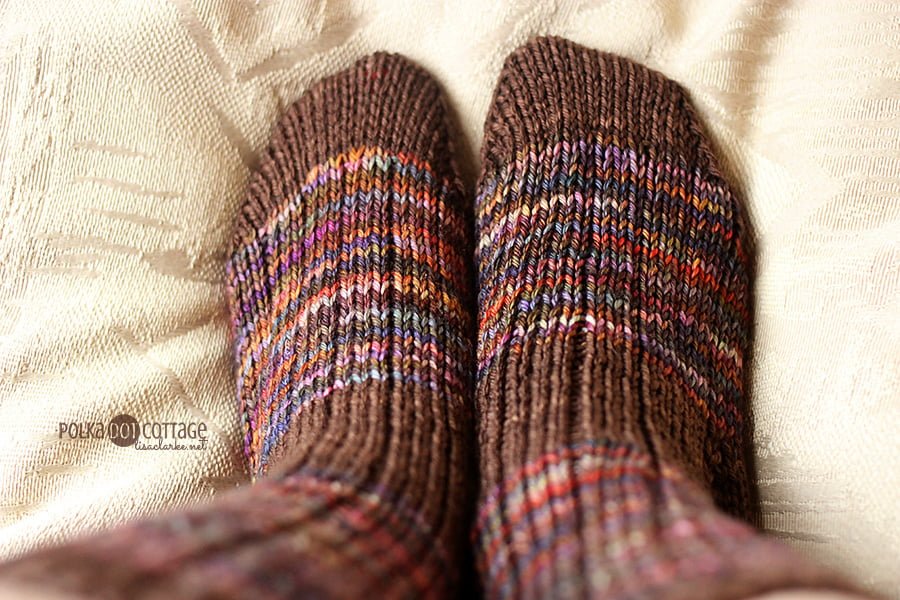 Modifications: None, aside from the color blocking. I would probably have liked it better without that, but I was concerned about how far the Piedras colorway was going to stretch.