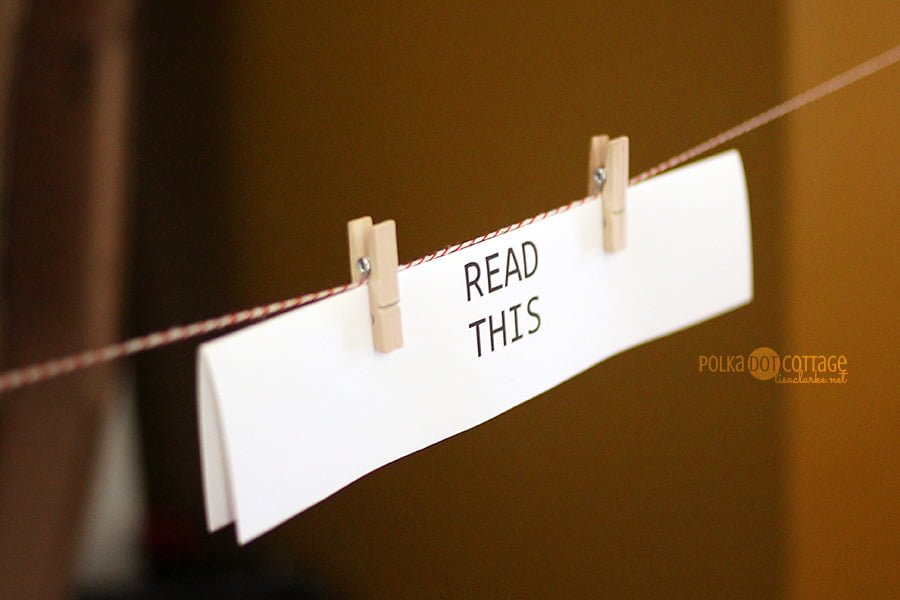 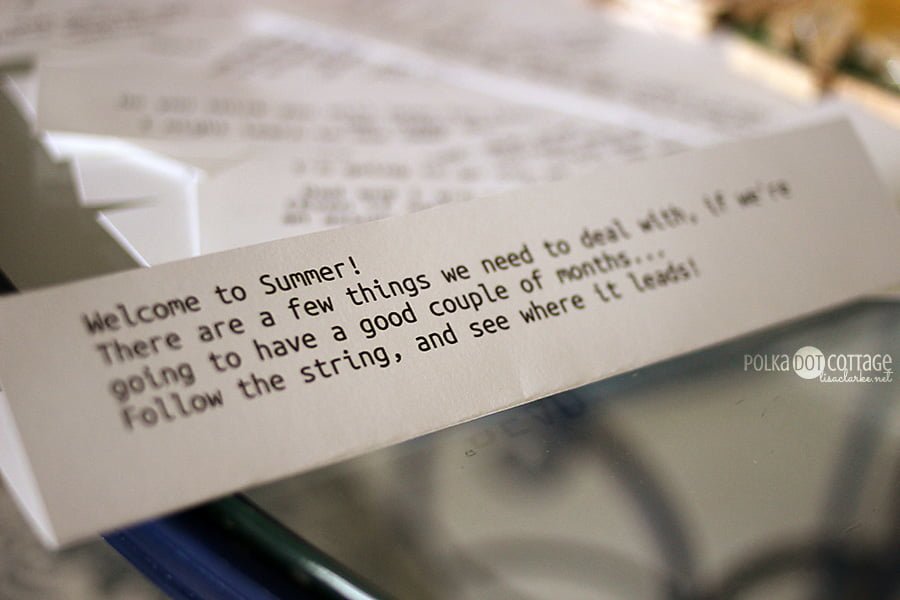 So, school ended yesterday and I thought a little treasure hunt would be fun. It wasn’t entirely a hunt, strictly-speaking. Basically it was: follow the string, read stuff, look for stuff, read some more stuff, happy summer!

The “treasures” I hid were a couple of Peppermint Patties and a book on writing your own video games with Scratch. The other hidden objects, which my kids would probably not consider treasures at all, were a morning routine and a bedtime routine, both written out so they know precisely what I expect from them for the next few months in that regard. (Yeah, fun mom, I know.)

The other notes mentioned things like “I’m dragging you to the farmer’s market tomorrow afternoon, so be prepared” and “this summer we will learn how to clean the bathroom.” But there were also things like “Dad and I are so proud of you!” and “let’s go out and celebrate how well you did in school this year!”

It was fun for me to set up, and I think they enjoyed running through it. The unexpectedness of being greeted at the front door with a READ THIS attached to a string really bumped-up the fun factor, I think. Plus, I hope that by introducing a few of the summer rules in a playful way, I’ll meet less resistance from my 10- and 13-year-olds.

Want do to something similar? 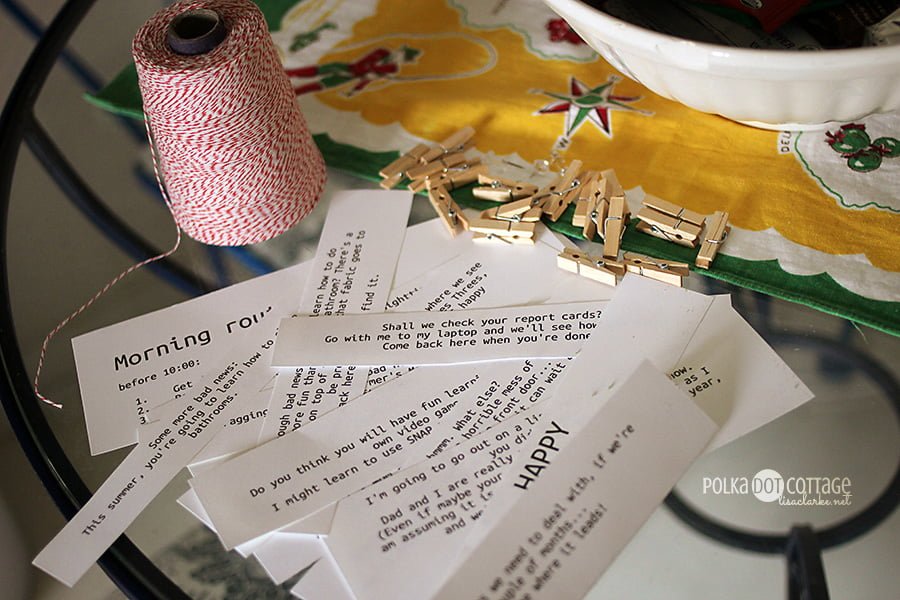 I used a cone of baker’s twine (which I didn’t cut, so that I could rewind back onto the cone when the game was over), some miniature clothespins, and card stock.

I printed the messages on the card, several to a page, cut them out, and attached them to the twine with the clothespins as I strung the twine around the house. I made use of doorknobs and heavy objects to help  guide the placement of the twine.