Do you remember when we did the sheet swap last summer? It all happened right around the same time as Neil’s health issues were cropping up, and so I didn’t get to be as efficient at it as I had liked. And then when it was all over, I took my own precious little stack of sheets and tucked it away in my stash instead of using it on something cool.

Well, here we are 10-ish months later, and I finally dug into that stack. Three Sorbetto tanks, just for me: 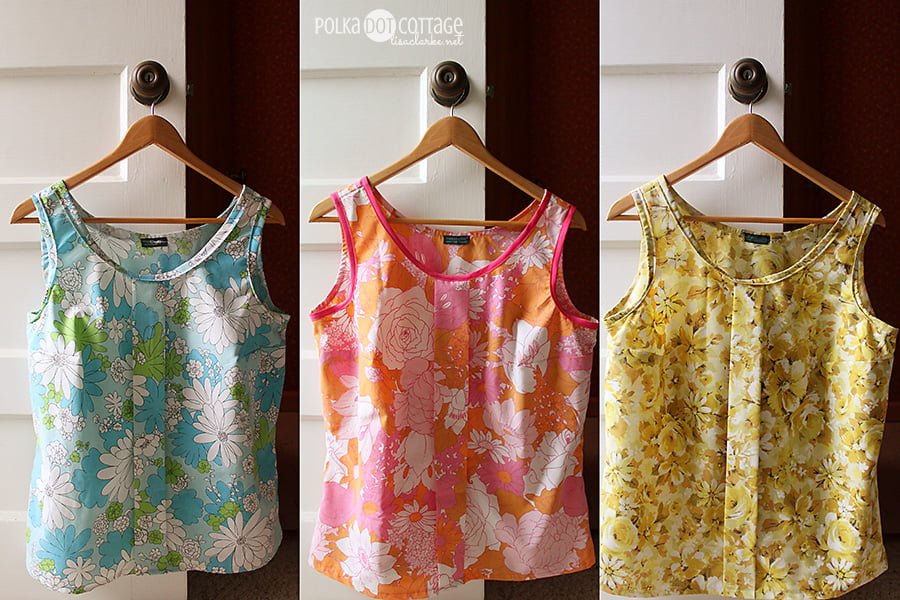 This pattern gets easier to make with each one I do. I’m getting much better at darts and bias tape, that’s for sure.

The first top has some neckline issues, as does the third, but neither problem is a deal-breaker. I don’t even intend to fix the blue one. The gold one, though, I think I can improve upon, if I take a few minutes to re-sew that part.

I used custom bias tape where I had enough fabric, and store-bought where I didn’t. I like both looks.

And, bonus! The small pieces I had left of each sheet remnant were perfect for these: 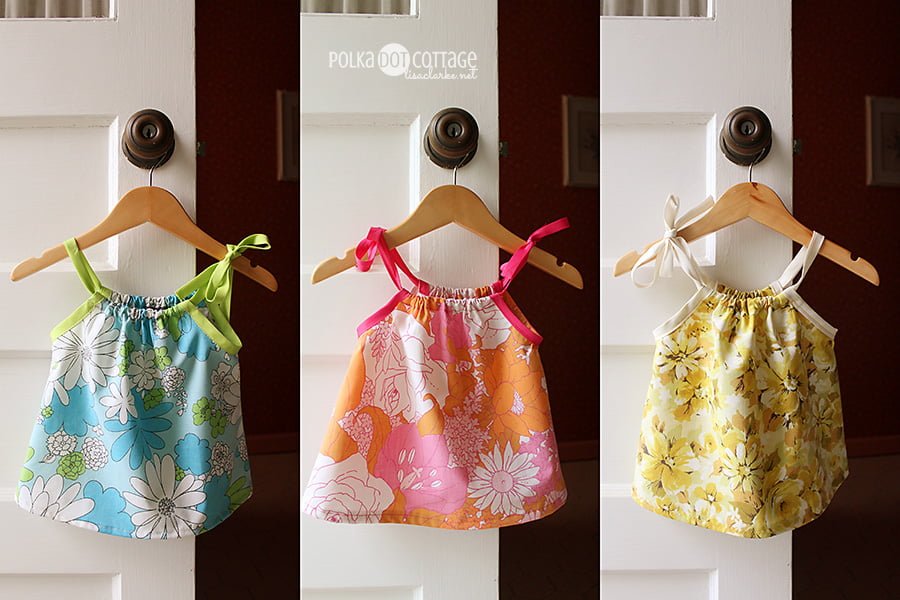 These are for my 4-month-old niece. I made them all using the same pattern I have used before: the Made By Petchy Baby Dress. Aren’t they adorable? They’re so quick to whip up, and a great way to use those small pieces of fabric.  I made each one just a tiny bit different from each other, either in the way the ties are threaded through the casing, or at the hemline (one of them is zig-zag stitched).

I wasn’t planning on using all of these swapped sheets for shirt-making, but the cotton lawns I ordered still aren’t here after nearly two weeks, and I just couldn’t wait any longer!  I’ll just have to sew a few more shirts when the fabric finally arrives. You can never have too many handmade summer tops, I say!