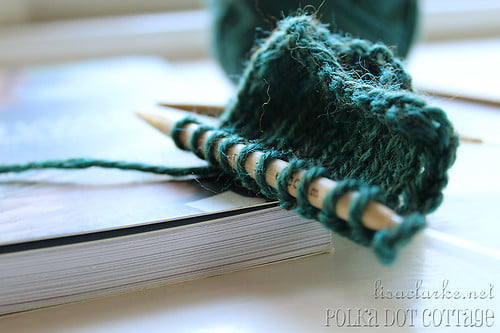 So, it appears I am a softie.  As the mother of two growing boys, I don’t often get requests from them for handmade things.  And so when one of them says, “Mom, can you knit me a sweater?” you can bet I first pick my jaw up off the floor and then I say, “of course, sweetie! What kind of sweater would you like?”

It had to be a pullover, but other than that he had no real requirements going in.  We spent some time online looking at patterns.  Leslie’s version of Cobblestone was a serious contender, until Aidan laid eyes on Jane’s version of the Hooded Sweatshirt. That was The One.  That solved, it was time to choose the yarn.

“I would like dark teal,” he said.  Now, just having spent three weeks madly knitting a turquoise sweater, I was truly hoping for something different to give my eyeballs a little variety.  There were some lovely reds and browns I could totally see him in, but he dug in his heels.  Dark teal spoke to him.  I figured I had better let him have his way on this, if I wanted him to actually wear the sweater, and so dark teal it is. 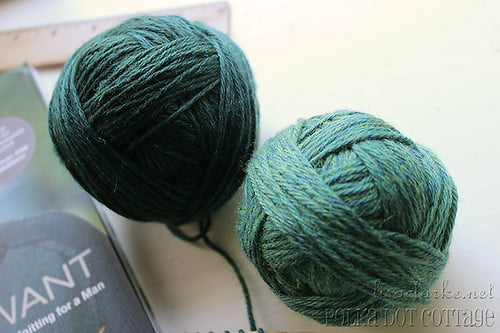 Aidan’s yarn is on the left and mine is on the right.  See how similar they are?  My poor eyes will have to get their fill of Fall colors by gazing out the window at the turning leaves now and then.

Or… perhaps I can pull out my crochet hook from time to time and work on making some granny squares from this stash yarn I pulled together last night: 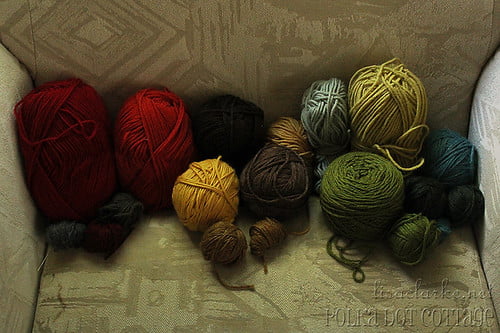 Wouldn’t those colors make a cool granny square skirt?  I think so.  The sweater is my priority, so the skirt may not get finished this season, but it will serve as a nice break from dark teal when I need one.  I actually got started last night.  I have the beginnings of ten squares, and I’ve used up the three smallest balls on the left of the photo.

But back to the hoodie.  I need to choose a size and I’m having a bit of trouble committing.  Aidan is 11, but he’s not a big 11.  He’s so skinny, he’s been known to wear his 8-year-old brother’s pants and not even notice.  So, a men’s small seems a bit unrealistic.  Still, I do want it to be big enough that he can wear it for a few years.  So… ?

My original plan was to take the smallest size (40-inch chest), and extrapolate a 36-inch size from that using all of those mad math skillz I had once upon a time.  It shouldn’t be too hard to see a pattern in the progression of sizes, and go backwards one step.  But what if that makes it too small?  Ugh! This would be so much easier if he had a nice-fitting sweater I could measure, but he doesn’t.

I’m open to suggestion, if anyone has any.  Otherwise, I’ll just jump in and hope for the best (like I usually do!).

My throat surgery is on Monday, and I won’t be allowed to speak for a few days afterwards.  It will be nice to have these projects to work on during that time, to keep my hands busy and my mind off of talking.

12 thoughts on “Of hoodies and granny squares”