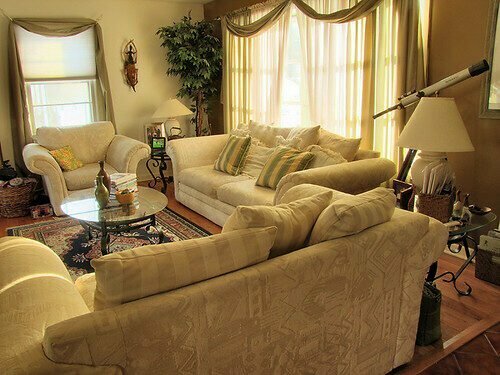 I hesitate to use the word “normal,” because as anyone who has shown up at my house unannounced can attest to, “company-ready” is not my normal.  I usually require a fifteen minute warning and an empty closet to stash stuff in before I would consider answering the door.

But things seem to be different this January.  When we cleaned up for Christmas, we started earlier.  There was less of a mad-dash, and more of a thoughtful putting away (and throwing away) of things.  And after we had our holiday gathering, we cleaned it right up.  There has been clutter since then, but we live here, you know? Messes are going to happen.  I’m fine with that, as long as they are not allowed to breed.

Multiplying messes are my downfall.  Once those dominoes start to fall, it’s a short trip to “where did I put my keys?” and “why am I always tripping over these shoes?” and “Mom, have you seen my flip camera?”  Nobody wants that. 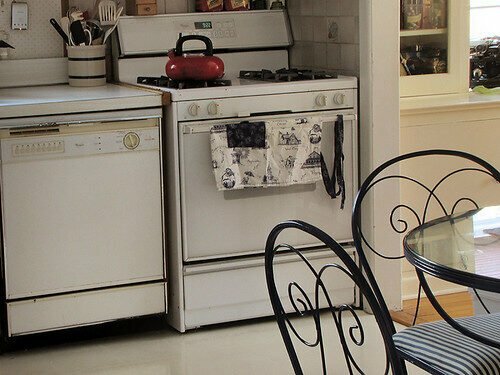 So we’re ahead of schedule in putting away Christmas.  The living room is back to it’s regular state.  The kitchen is sporting it’s wintertime linens.  The dining room is almost there. 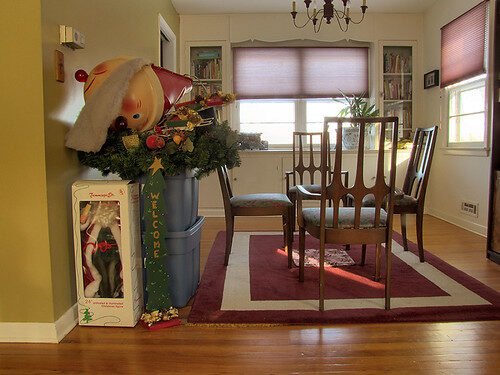 I dragged that pile of Christmas up to the attic today after taking this photo, but we’re still missing one little thing in here.  Can you see what it is?

Yeah, that would be the table.  Neil took it apart and put it in the basement so that we could set up a big cafeteria table for our Christmas dinner.  That worked out great, but the big table is gone now and I still don’t have my regular table back.

Neil jokes with me and says he’s not putting it back there because I’ll just mess it up with fabric and clay all over again.

He may not be wrong.  Remember this? 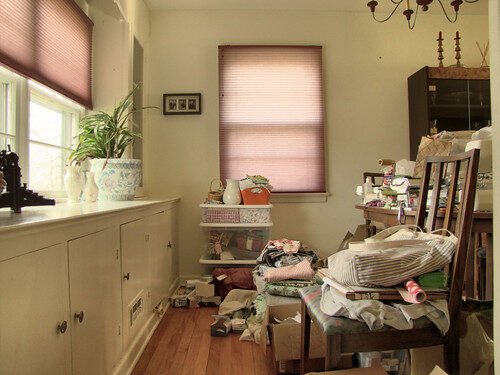 That was a month or so ago, but I have to admit, it spent about six months in that state last year.  So embarrassing.

At any rate, it’s so nice to have the main floor (mostly) back to a nice normal state, with (nearly) everything in its place.  I feel so much more energized and productive when the clutter is out of the way.  And maybe it’s me, but the rooms look brighter somehow.  I find this house to be too dark, but when it’s this clean? So bright!

So that’s the main floor.  Don’t ask me about upstairs.  The bedrooms are still a bit of a horror show, but I hope to spend some time tackling those areas when I have a little downtime.

And downstairs in the family room, well, there’s just one itty bitty remnant of Christmas left to deal with… 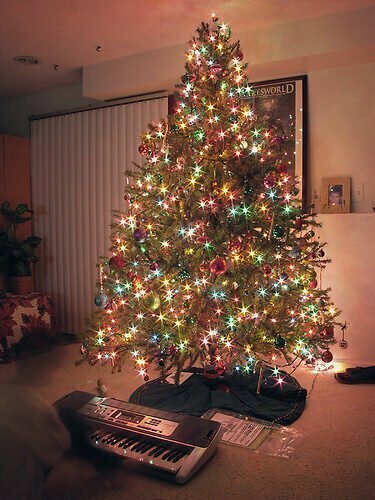 5 thoughts on “Back to normal?”