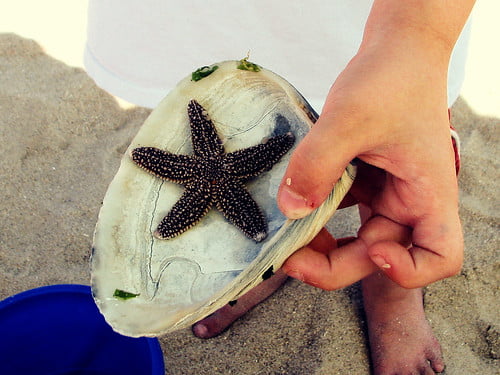 Now that both of my kids are school-age, I find that I appreciate my role as at-home Mom most deeply in the summer.  I’ve gotten used to having them both on schedules and gone for a great portion of the time during the school year, but in the summer?  In the summer, we can drop everything and meet friends for a movie if we want to.  Or we can make last-minute plans to spend the day with grandparents.  And there is no reason at all why we cannot follow the call of the ocean when we hear it. 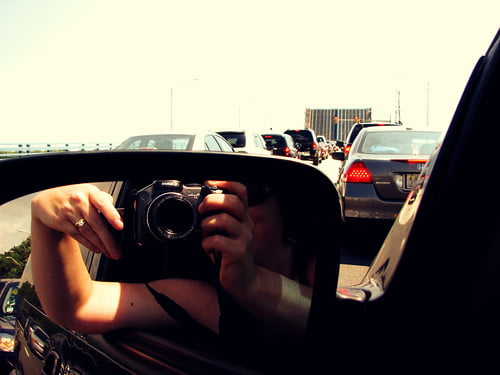 My youngest and I did just that yesterday.  It’s a relatively short trip – about ninety minutes when there’s traffic – and when you know there is an aunt and a grandmother also there for the day, and a bedroom you can crash in if you want to, well, the decision to take off for a 24-hour vacation kind of makes itself. 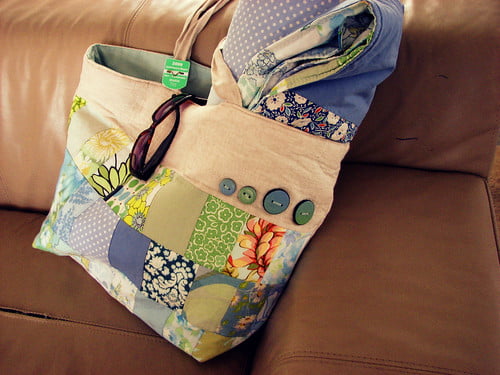 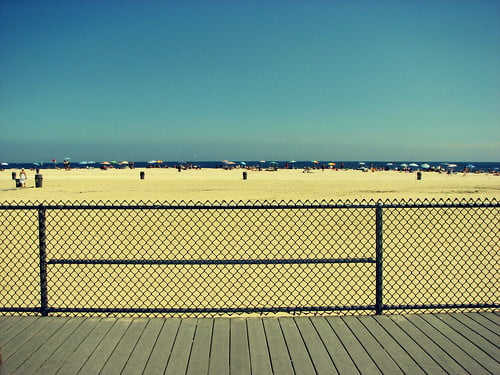 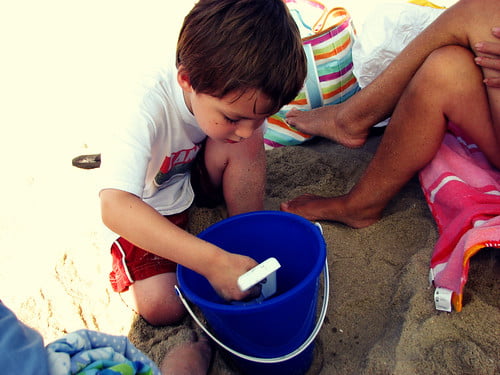 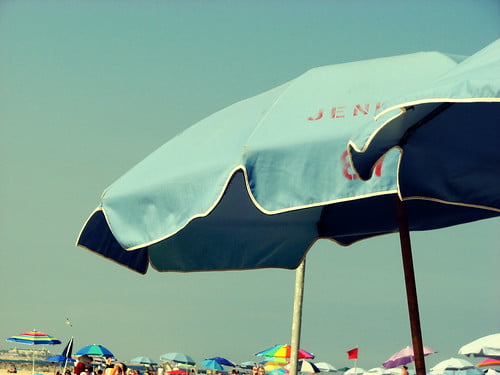 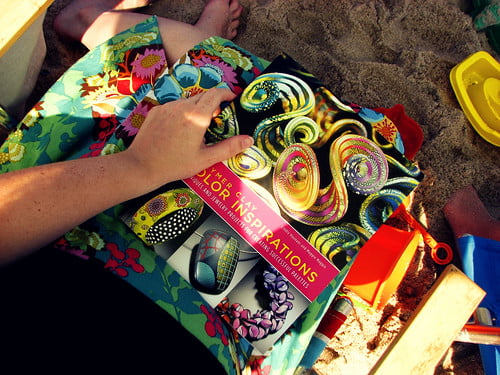 Now, if you are a polymer clay fan and a book addict, you probably know that there was a new book due out yesterday, too.  And if you know me at all, you probably can guess that I got some crazy hairbrained idea about sewing myself something for the beach at the same time that I had a pile of books I wanted to pack up.

This is how I became a multi-tasking crazywoman on Monday night. 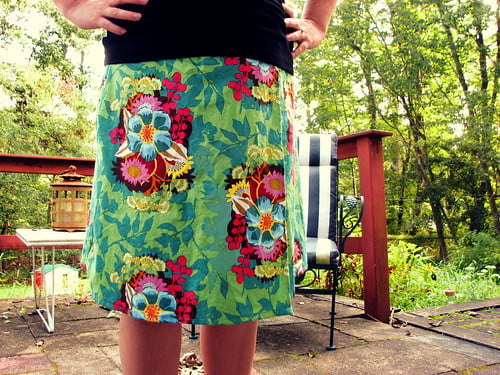 I’m happy to report that the books were packed up and sent along without so much as a hiccup.  The sewing? Not so much.  My Garden Party wrap skirt saw much seam-ripping, re-cutting of panels, and creative substituting of fabric to replace what was mis-cut.  It also took me about twice as long as it should have.  And in the end, the skirt ended up being a good three inches narrower than it was supposed to be.  Being a wrap skirt, it was still wearable, but I will admit I wasn’t entirely confident on the windy boardwalk and spent a lot of time holding the flap closed with my hand.  Just in case.

The things we do for our creative urges, eh? 😀 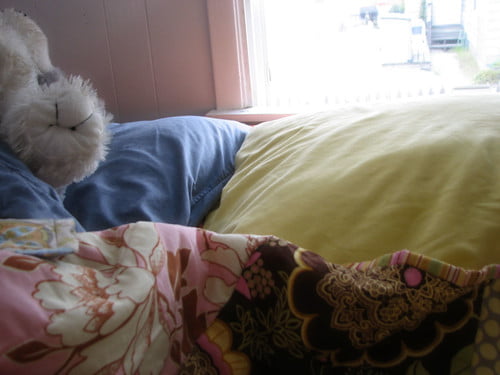 I feel like there’s still one more shore trip in me before summer ends, although the calendar may think otherwise.  I hope it’s do-able, because really, there is nothing like waking up in a bright sun-lit room, with an ocean breeze caressing your bare shoulder.  And if you also happen to have a snuggly six-year-old and his boardwalk-won stuffed doggie for company, all the better.